Injury claims, government data and public records of oil field accidents since the start of the onshore drilling and fracking boom in 2007 show the federal government failed to implement safety standards and procedures, according to a Houston Chronicle investigation.

The examination also shows a lack of government inspections and shoddy practices by many oil and gas companies. The newspaper says the result is a toll of badly injured or killed workers.

Texas accounted for about 40 percent of the 663 workers the U.S. Bureau of Labor Statistics said were killed nationwide in oil field-related industries between 2007 and 2012, the Houston Chronicle reported Sunday. 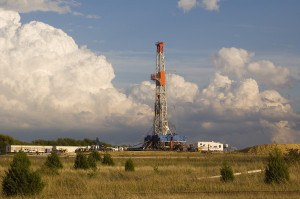 In 2012 alone, the newspaper found 79 people lost limbs, 82 were crushed, 92 suffered burns and 675 broke bones in work-related accidents reported to insurance carriers. The same year, the 65 deaths were a 10-year high and almost 60 percent more fatalities than in 2011.

One attorney representing injured workers calls it `”ike the Wild West out there.”

“Some well service companies go to great lengths to appear to have strong safety programs,” lawyer Joseph Melugin, who also has represented families of workers killed, said. “Others don’t bother.”

According to the newspaper, federal authorities have failed for 22 years to implement safety standards and procedures for onshore oil and gas drilling. That’s in contrast to offshore accidents like the 2010 Deepwater Horizon oil spill in the Gulf of Mexico, which led to improvements in offshore safety regulations after 11 workers on the rig were killed and millions of gallons of oil leaked.

In the Deepwater aftermath, more inspectors with specialized training were deployed and existing oil and gas safety rules were tightened.

“But when 60 workers die one at a time, no one pays any attention,” says R. Dean Wingo, who retired last year from his position as a Texas-based assistant regional administrator for the federal Occupational Safety and Health Administration.

“The truth is, offshore drilling is a lot safer than onshore. We see things in land drilling that were eliminated years ago offshore,” Wingo said. “A lot of outdated equipment is still being used . and OSHA doesn’t have any regulations specific to oil and gas at all.”

OSHA officials responded by saying they view oil field fatalities as a high priority. The agency also has said it will review the industry’s exemption on detailed safety rules developed in 1992 after a series of disasters at refineries and chemical plants.

OSHA has only 95 inspectors to oversee safety rules for all Texas work sites and few have oil and gas-related experience or training, the newspaper found.

The Texas Railroad Commission monitors oil field fires and blowouts. It can and does shut down operations if it uncovers serious problems, but it doesn’t coordinate with OSHA. Commission spokeswoman Ramona Nye told the Chronicle worker safety is not part of its mission.

Drilling and well service industry leaders generally have opposed reforms in U.S. onshore operations. They insist that their mostly mobile work sites are different from refineries.

William Reilly, a former Environmental Protection Agency administrator, said while Texas’ death count is disturbing, an investigation like the one he led to examine the Deepwater disaster would be much more difficult because so few land-based oil field accidents are investigated.

“That rig may be gone by the time the accident’s reported,” Wingo said.

In 2007, the U.S. Chemical Safety and Hazard Investigation Board, described onshore oil fields as one of America’s most dangerous workplaces.

“I don’t know that the picture has improved,” Daniel Horowitz, the board’s managing director, said. “Obviously, the drilling boom has benefits for our country. But as drilling has expanded, there are potentially more new and inexperienced people coming in.”