Over the past several years in Texas, there has been considerable uncertainty among carriers and policyholders over the scope of the contractual liability exclusion (exclusion b) in the standard CGL policy as it relates to garden-variety breach of contract claims against construction contractors. In Ewing Construction Co. v. Amerisure Insurance Company, — S.W.3d —-, 2014 WL 185035 (Tex. January 17, 2013), the Texas Supreme Court squarely addressed the issue, holding that the exclusion cannot be broadly read to encompass common breach of contract claims against contractors for failing to complete the scope of their work in a good and workmanlike fashion.

In Ewing, a school district hired Ewing Construction Company to renovate and build additions to a school in Corpus Christi, including construction of tennis courts. Shortly after construction, the school district complained that the tennis courts were cracking and flaking. The district filed suit against Ewing, alleging faulty construction and asserting causes of action for breach of contract (failure to perform in a good/workmanlike fashion) and negligence (failure to exercise ordinary care in the performance of its contract). Amerisure denied the claim, in part, based on the contractual liability exclusion, which precludes coverage for BI or PD that the insured is obligated to pay by reason of “assumption of liability” in a contract.

The district court had relied heavily on the Texas Supreme Court’s opinion in Gilbert Construction L.P. v. Underwriters at Lloyd’s London, 327 S.W.3d 118 (Tex. 2010) in determining that the exclusion applied to negate Amerisure’s duty to defend. In Ewing, the Supreme Court carefully reviewed Gilbert and found it to be distinguishable on its facts. In Gilbert, the Supreme Court noted that the insured contractor had specifically agreed in the contract to enlarge its duties beyond the general tort duty of ordinary care owed by a contractor to perform in a good and workmanlike manner. Conspicuously missing from the Ewingcontract, however, was any similar enlargement of obligation. Rather, its contractual obligations were limited to the run-of-the mill agreement to perform its duties in a good and workmanlike manner–a duty that Ewing owed under general tort law. As such, the court held that there was no additional “assumption” of liability over and above the tort duty, therefore, the exclusion did not apply.

Amerisure also argued that if the court did not apply exclusion b, the import of the decision would be to transform the CGL policy into a performance bond. The court rejected this argument, citing the potential applicability of other “business risk” exclusions.

Current State of Texas Law on Coverage for CD Claims

In Ewing, the Supreme Court reiterated its earlier landmark decision in Lamar Homes, Inc. v. Mid-Continent Co., 242 S.W.3d 1 (Tex. 2007), holding unintended construction defects can constitute “property damage” caused by an “occurrence” under the CGL policy. With the issuance of Ewing, we now know that garden-variety breach of contract claims (i.e., those where the contract does not specifically enlarge or impose obligations on the contractor over and above a general duty to perform in a non-negligent fashion) do not fall within the ambit of exclusion b. Accordingly, the battlefield over defense and indemnity obligations in the construction defect area will center on the potential application of other pertinent exclusions, such as the “your work” (l), “damage to property” (j(5), j(6)), “impaired property” (m) and “recall” (n) exclusions. 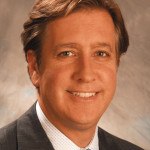 Blake Evans is a shareholder in Schubert & Evans, P.C. in Dallas, Texas, and he routinely represents policyholders and carriers on a wide array of coverage issues.