U.S. Sen. Mary Landrieu and her Senate race challenger, U.S. Rep. Bill Cassidy, are jockeying for credit and prominence on a high-profile problem for many Louisiana residents: the skyrocketing cost of flood insurance premiums.

Cassidy, R-Baton Rouge, worked with other lawmakers to get a temporary fix through the House that would delay the higher premiums for one year, while Landrieu, D-New Orleans, couldn’t get her long-term proposal for a three-year delay moving.

Under pressure from local Louisiana officials, Landrieu agreed to push Cassidy’s one-year reprieve idea in the Senate and was successful in advancing it through the Senate Appropriations Committee as part of a homeland security spending bill.

But Landrieu’s not acknowledging the idea started with her Senate race competitor.

“For a year now, I’ve been leading the effort in Congress to stop flood insurance from rising out of reach for the average homeowner and business owner,” Landrieu said in an e-mail to supporters describing the Senate committee approval of the one-year delay provision. 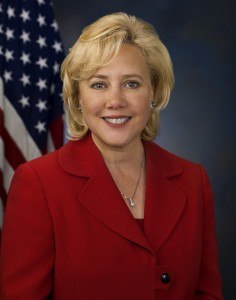 Cassidy’s office pointed out that the Landrieu proposal received backing from the House first – and with Cassidy’s name on it.

“This is a good first step but I encourage Senate leadership to move swiftly and pass these provisions before the full U.S. Senate. Louisianans need certainty, not partisanship,” the Republican congressman said in a statement.

The lawmaker who can successfully take credit for helping thousands of people across south Louisiana from seeing their insurance bills spike could parlay that into an important talking point on the campaign trail, in advance of the November 2014 election.

A victory on flood insurance could showcase an ability to get things done for voters back home even in the partisan gridlock that stalls most action in Congress.

At issue are homeowners whose flood insurance bills have historically been “grandfathered” at lower rates since they followed the rules in place at the time they bought or built their home.

Under a bipartisan overhaul of the flood insurance program last year, many of these homeowners face higher premiums when new flood maps are issued. Homeowners and local leaders say the increases could make the insurance too costly to maintain.

The change was designed to cut the federal government’s costs for a program that has required more than $24 billion in bailouts since its creation in 1968. But Louisiana officials say as the new flood maps are being drawn up, FEMA isn’t taking into account protection efforts like new and stronger levees and fortifications.

Both Landrieu and Cassidy are claiming they are the reason the head of the National Flood Insurance Program, David Miller, is heading to Louisiana in August to meet with local officials and hear more about the insurance premium hike concerns.

Landrieu’s office announced the visit of Miller, who is associate administrator of FEMA.

“Mr. Miller’s trip is critical for FEMA to understand how these rate increases could dramatically burden homeowners and small business owners in Louisiana and throughout the country. I appreciate that Mr. Miller accepted my invitation and look forward to the visit in August,” the Democratic senator said in a statement.

Within hours, Cassidy’s office released information saying the congressman and three of his Louisiana colleagues in the House “made the first request” for Miller to visit Louisiana, in a June letter.

“Dr. Cassidy has been a leader in the fight to protect Louisiana homeowners and businesses from unjustified NFIP rate hikes. Dr. Cassidy is glad that Associate Administrator Miller will honor this request and visit Louisiana soon,” Cassidy spokesman John Cummins said in the statement.