Louisiana’s Department of Transportation and Development plans to add nearly 350 miles of cable median barriers along interstates across the state.

That will cover virtually every area needing the protection to keep vehicles from crossing into oncoming traffic, Secretary Sherri LeBas told The Advocate.

“We will continue to see what we are seeing now, which is less errant vehicles or trailers crossing the median,” LeBas said. 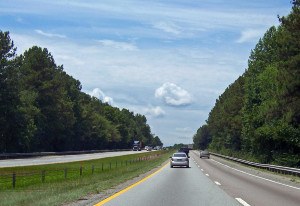 The department has said 81 miles of barriers in south Louisiana, mainly on Interstate 10, have helped cut highway deaths 32 percent since 2007.

The work is expected to cost $46 million, mostly from federal funds, and to take three years.

New cable barriers are planned on interstates 10, 12, 20 and 55. Interstates 49 and 59 also will be checked, highway safety administrator Dan Magri said.

Areas on the three-year list include 185 miles of barrier along Interstate 20. Work is to start by late summer or early fall on a $4.6 million, 34-mile project in Bossier and Webster parishes, DOTD spokeswoman Lauren Lee said.

LeBas said state officials are studying how to deal with gaps needed for emergency vehicles to turn around.