Beer tavern owners Chuck Brechtel and Eddie Dyer are the first to admit that plenty can go wrong when your main line of work is serving alcohol to thirsty crowds all night.

For that reason, they say they err conservatively when buying insurance for their five-bar chain, The Bulldog and Lager. That includes paying roughly $25,000 extra per year on a special line of coverage to protect each location from liquor-related losses and damages.

Brechtel said owners can’t be there every day to ensure bartenders stop serving visibly intoxicated patrons and call a cab for them, and they have little control if an inebriated patron decides to start a fight on their property and injures bystanders.

Three of the bars in the chain are in New Orleans. Brechtel said plenty of New Orleans bars choose to save money on premiums in the hopes they won’t be reeled into a lawsuit or that their standard insurance will cover their claims. But all it takes is one suit to kill a business, he said.

“If you have to go out of pocket for tens of thousands of dollars paying attorney’s fees, that can bankrupt you,” Brechtel said. 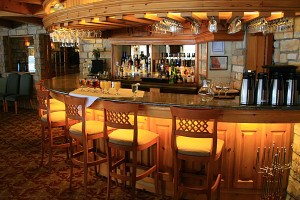 Alcohol service is almost a universal feature of the New Orleans hospitality industry and one that can leave bars and restaurants exposed to a world of risks. The largest bars and restaurants in New Orleans often carry what is known as liquor liability insurance, coverage that protects a business against damages claimed as a result of a patron becoming intoxicated and injuring themselves or others.

In the past, this type of coverage typically was packaged with general liability coverage for restaurants and bars. After Hurricane Katrina, however, most large insurers that write packaged policies, such as Travelers, left the local market. Now, businesses often have to request a separate liquor liability line.

Local insurance experts note many small businesses forgo liquor liability coverage to save money on premiums or are unaware of the coverage. Those that do have it may not know exactly what they are purchasing because what it covers varies from policy to policy.

George Daison and Keith Smith, risk managers at Underwriters Insurance Agency in New Orleans, said many of the small bars and restaurants he works with assume that their general liability policy, often known as “slip and fall” coverage, will cover legal fees and other costs if they are sued for a liquor-related damage. But a general liability policy typically will not cover liquor-related claims.

“They think that their liability policy will cover them fully, come what may, come what might,” Daison said. “That’s just not the case.”

Most states have so-called “dram shop” laws that hold bars and restaurants liable if they knowingly over serve a visibly intoxicated patron and that person injures another person, causing a car wreck, for example. Similar laws have failed to gain traction in Louisiana, Hanemann said.

But local businesses still face a lot of risk, he said. Many of the alcohol-related claims against New Orleans bars and restaurants stem from injuries during fights between patrons. One fight could mean years in court and thousands of dollars in attorney’s fees, even if the court ultimately rules in favor of the business.

“Will they be sued? Yes,” Hanemann said. “Will they be liable? That’s a question determined by the trier of fact. Either way, paying out of pockets for big damage claims is not good for business.”

“To lose a judgment, you have to knowingly serve underage or intoxicated patron, which are difficult things to prove. But the defense bills can go on for years,” O’Brien said. “Defense costs are everything in our business right now.”

Because Louisiana does not have dram shop laws, O’Brien said liquor liability tends to be cheaper here, about $2 for every $1,000 in liquor sales compared to as much as $16 in Alabama, which has some of the strictest liquor liability laws in the nation. Insurers look at the volume of liquor sales, customer demographics and whether food is served at the establishment to determine the premium. But the type of coverage can vary wildly.

Smith, the risk manager, said businesses need to make sure legal defense costs are covered – otherwise the insurance is worthless. Some insurers will deduct the cost of a lawyer from the total coverage, reducing a $500,000 policy by $100,000 because of legal fees, for example. Smith noted bartenders and other employees will inevitably drink on the clock, so they should also be covered as patrons.

“When it comes to your insurance, you don’t want to assume anything,” Smith said.

Bar and restaurant owners should make sure they have an adequate level of assault and battery coverage under their policy, O’Brien said. Assault and battery is the sublimit that kicks in when there is a fight on premises or a bouncer is accused of injuring an intoxicated patron, for example.

Many insurers leave out this coverage or provide a meager sublimit, O’Brien said, noting one of his clients was stuck with $50,000 in legal fees after finding out their policy did not include assault and battery for their Bourbon Street bar.

Businesses should also check to make sure shootings, sexual assault and other specific claims are covered, including mental damages should a claimant sue for stress or anguish following an incident.

Lastly, O’Brien said restaurants and bars that serve at festivals and other events should ensure that their liquor liability coverage covers off-premises claims as well.

One gray area is coverage of restaurants that do not sell alcohol but allow customers to bring their own alcohol to drink with a meal. ISO, one of the largest U.S. risk research firms, recently revised its policy language to clarify that liquor-related claims would be covered under a general liability policy since the restaurant is not in the business of selling alcohol, but noted that insurers have the option to underwrite a separate liquor liability policy if needed.

Hanemann said such establishments may want to encourage customers to bring only low-alcohol-content beverages such as beer. Insurers might push for a separate liability policy for higher content alcohol, he said.

Ultimately, O’Brien said bars and restaurants should know their business, be realistic about their risk and plan accordingly.

“Everyone does crazy things when they drink,” O’Brien said. “You just have to understand the business you’re in and make sure you’re covered.”