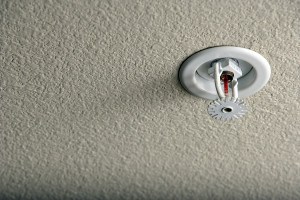 The State Fire Marshal recommended that anyone looking to move into an apartment complex or condominium make sure all common areas and individual apartments are sprinkled.

Connealy said many Texans work in buildings where fire sprinkler systems are in use. He pointed out that fires in commercial occupancies protected by sprinklers are almost non-existent.