Although not nearly on the scale of Hurricanes Katrina and Rita in 2005, Hurricane Isaac caused a surprising amount of damage in Louisiana despite the fact that it was only a category 1 hurricane, the weakest category by which the wind speeds of hurricanes are measured.

Nonetheless, what made Isaac so destructive was the fact that upon making landfall in Louisiana, it slowed to a crawl and pounded South Louisiana with wind and rain for hours on end. While there was significant flooding in many of the coastal areas and the areas in Louisiana located outside of levee protection, unlike during Katrina the damage in the levee protected New Orleans metropolitan areas came not from flooding, but primary from the sustained winds, which blew down many trees and tree branches and caused the attendant loss of electricity for several days. 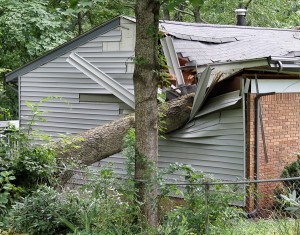 Based on purely anecdotal evidence, it appears that most people would answer or assume that the damage is covered by their own insurance policy because the event was an act of God.

But, is the analysis so simple? Certainly, hurricanes and other meteorological conditions which result in strong winds are forces of nature qualifying as acts of God. However, simply because a force of nature, or act of God, was a precipitating event of damage does not automatically mean that the act of God defense applies to preclude a party’s liability for the resulting damage.

Virtually all jurisdictions recognize some form of the act of God defense, though each may define it differently. For example, Louisiana courts have offered the following definitions of an event constituting an act of God:

“A providential occurrence or extraordinary manifestation of the forces of nature which could not have been foreseen and the effect thereof avoided by the exercise of reasonable prudence, diligence and care or by the use of those means which the situation renders reasonable to employ.

“An act of God is an unusual, extraordinary, sudden, and unexpected, manifestation of the forces of nature which man cannot resist. An injury caused by an act of God is an injury due directly and exclusively to natural causes which could not have been prevented by the exercise of reasonable care and foresight.”

These definitions all share elements of foreseeability and preventability. Certain damaging weather conditions or other natural events occur frequently enough in different areas of the country to be reasonably foreseeable as a general matter although the exact timing is unknown, such as hurricanes on the Gulf Coast, tornadoes in the Midwest and earthquakes on the West Coast.

However, the fact that such events can be expected to happen on a regular periodic basis or during certain seasons of the year does not mean that steps must be taken to prevent any and all possible damage that could occur should the strongest possible hurricane, tornado, earthquake or other natural event strike. As noted in one of the Louisiana definitions stated above, it is only reasonable care and foresight that must be exercised.

So, returning to the question posed, the fact that a tree may fall on a neighbor’s property in the course of a hurricane or other natural event does not in and of itself preclude the possibility of liability on the part of the owner of the tree and, accordingly, coverage under the neighbor’s insurance policy rather than the policy of the homeowner sustaining the damage.

The question is whether there was some condition of the tree of which the owner knew or should have known and without which the tree, or its limbs, would not have fallen and caused the damage in question.

This obviously does not mean that an owner must cut down all of the trees on his or her property due to the possibility that an extremely strong hurricane or other natural event may occur that will cause it to topple, but, rather, that if the tree is rotten, dying or in some other condition known to the owner which would cause it to be blown over when otherwise it would not, the owner then may be liable for the damage it causes.

This may not be easy to prove, nor should it be. The point is simply that the person whose property is damaged during a natural event, and his or her insurer, should not unquestionably assume that it is their tough luck to have suffered damage from another’s tree or tree limbs.

Interestingly, on a related note, one Louisiana court found that the owner of a tree which fell on his neighbor’s property due to a hurricane, without any fault or negligence on his part, was nonetheless required to pay for the removal of the fallen tree.

In Allen v. Simon, 888 So.2d 1140 (La. App. 2004), the court stated: “It is important to note that the Allens are not seeking recovery for the damages to their roof, greenhouse or swimming pool. They simply are requesting reimbursement for their expenses in removing the fallen tree off their property. At the heart of this matter is the simple question of ownership.”

Since Simon, the Allens’ neighbor, owned the tree, the court concluded that he had to pay to remove it from the Allen’s property after it fell.

The lesson from these cases is simple. The law will not hold a person liable for damage caused by acts of God, but, at the same time, negligence is not excused merely because damage that could have been reasonably avoided occurs during the course of a natural event.