An appeals panel has upheld a controversial ruling that state Rep. Mike Christian is due workers’ compensation benefits for injuries he suffered in a 2009 traffic accident. 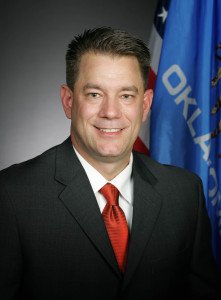 Christian, R-Oklahoma City, struck a truck while driving in a personal car with his wife to the Capitol on the morning of Feb. 26, 2009. The truck’s driver fled and was never located.

The key issue in the case is whether Christian should even get benefits. Most employees can’t get benefits in workers’ compensation court for injuries suffered commuting to or from work.

There are exceptions in the law, particularly when an employer pays its employees’ travel expenses.

In July, a workers’ compensation court judge agreed the exception applied to Christian’s case because legislators can get reimbursement for one round trip per week to the Capitol.

The state House of Representatives and its insurance carrier, CompSource Oklahoma, appealed that issue. Their attorney asked the panel of three workers’ compensation court judges to vacate the award. The attorney, Kristi Bynum Russell, argued it was “contrary to law and against the clear weight of the evidence.”

In their order on appeal, the three judges upheld without comment the trial judge’s decision that Christian’s injuries arose “out of and in the course of claimant’s employment.”

The order was filed Tuesday.

The state House and its insurance carrier could choose to appeal the issue further, to the Oklahoma Supreme Court.

The appeals panel did modify findings by the trial judge on how seriously Christian was hurt.

Christian actually will get only $41,040 after his attorney’s fee is deducted from the award.

His attorney, Richard Bell of Norman, was critical of the reduction. He noted that two of the three judges who decided the appeal were appointed by Gov. Mary Fallin.

“She has appointed conservative judges as she promised the business community that she would. In this instance, obviously, they felt like the insurance company should keep $10,000 of” the award the original judge gave, Bell said.

Bell said he hopes that insurance companies will reduce the premiums they charge businesses, like his own law firm, “when these judges write lower orders.” He added, “But don’t hold your breath.”

It was the third time Christian, 42, had been awarded benefits in workers’ compensation court. The other two times involved injuries suffered while a trooper with the Oklahoma Highway Patrol.