Texas homeowners insurance premiums have risen 21 percent since the start of 2009, partly because the industry expects there to be greater property losses from natural disasters going forward. 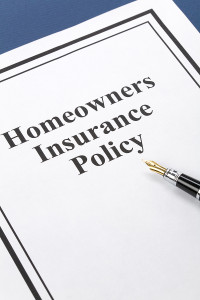 The average premium on a homeowners policy in Texas last year was $1,412, according to the report state Insurance Commissioner Eleanor Kitzman presented Tuesday to a state Senate committee.

There are several reasons behind the increase, including industry models that project greater losses in Texas from hurricanes, hail storms, wildfires and other disasters, The Dallas Morning News reported.

Consequently, the average loss on an insurance claim in Texas is among the highest in the country, which contributed to the high premiums, the report found.

“Texas has both a high average loss per policy and a high exposure to catastrophes,” the report stated.

The factors in Texas that caused the most insured losses in the past decade were hail ($7.6 billion), water damage ($7.3 billion), hurricane winds ($6.2 billion) and fire ($4.3 billion), according to the study.

The report ranked six regions in Texas and found, as expected, that coastal counties had the highest premiums and highest average losses and counties in the state’s southwest had the lowest.

To reduce property losses, Kitzman made several recommendations, such as putting in place stronger building codes, requiring the state licensing of roofing contractors and increasing the criminal penalties for insurance fraud.

Texas has “one of the highest rates of fraud” in roofing repairs because of the lack of state regulation over roofing contractors, she said.