Every few years it seems that there are predictions a new type of claim that threatens to engulf carriers. In the 1980s and 1990s it was environmental clean up claims and SuperFund, followed shortly by asbestos, the fear of Y2K claims, MTBE and any number of other potential mass torts.

In most cases, these highly touted risks fail to become the massive tidal wave projected by commentators. Unfortunately, some of these problems, such as hazardous waste and asbestos claims, did grow into large numbers of claims that continue to fill the courts with liability and coverage litigation.

Over the last six months, we have heard increasing rumblings about the expected flood of litigation created by the energy industry’s increasing use of “fracking” in the production and recovery of oil and gas. While very few suits have been filed at this point, and litigation is being much more talked about than actually filed, this risk is one that should be carefully considered by the insurance industry. 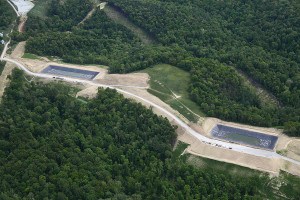 Fracking is a technology developed by the energy industry that allows energy producers to extract oil from places where in the past it was either too expensive or too difficult to otherwise retrieve.

In the fracking process water, chemicals and drilling materials are forced into underground shale formations to break-up and release hydrocarbons such as oil or gas. The process usually entails drilling a vertical well to the top of a shale formation and then the well bore is angled through the target formation and the drilling continues horizontally. Using sophisticated technology, millions of gallons of “frack fluid” are pumped under high pressure to fracture the target reservoir and release the encased oil and gas.

The purpose of fracking is to vastly increase the flow and volume of oil and gas available from a geological formation. It both enhances the production from current oil and gas wells, as well as allows for the use of fewer wells.

Interestingly, while this process has been used in one form or another for many years, it has only become a subject of public discussion in recent years as environmentalists and property owners have raised concerns that the energy companies’ use of this technology allegedly contaminates groundwater and causes other environmental problems. This has encouraged the plaintiffs’ bar to gear up for a potential litigation onslaught.

Types of Claims Seen and Expected

While many drillers and insurance industry executives suggest that the environmental claims are overblown and that there is presently little evidence of substantial well water pollution from fracking, lawsuits are being filed by plaintiffs in numerous jurisdictions alleging pollution damage (such as groundwater contamination) requiring remediation and attempting to prevent future fracking activities because of potential health and environmental concerns.

There has not been any major settlement or judgment to date, however, this first wave of lawsuits is prompting carriers to consider the type and scope of insurance claims that will be made. For instance, the main concern in the current suits involves groundwater contamination. This litigation focuses on who is liable for the cleanup and remediation costs of polluted groundwater resources. Where the EPA or private citizens have brought these suits alleging property damage or bodily injuries related to hydraulic fracking activities, the primary task for the plaintiff is to obtain a finding of liability establishing a causal connection between the hydraulic fracking and the alleged injury.

In such cases, the defendant’s commercial policies may be implicated, such as those issued to the energy companies employing the fracturing process. As with most liability cases, the policies at issue usually present two different sets of issues. First, though it may never be established that the fracturing process led to the contamination, the issue of the duty to defend under those liability policies is one of significant impact to insurance carriers. As we know from the widespread environmental cleanup cases of the last several decades, defense costs in connection with these type of lawsuits can easily run into the millions of dollars, and are often greater than the actual indemnity risk. Consequently, the initial issue, regardless of the risk of liability, will be the duty to defend those suits. In most states, the issue will be what the plaintiff has pled, instead of the actual facts on the ground. In many cases, the carrier may be forced to defend claims for which its insured will never held liable.

Many energy industry companies who were involved in past environmental claims have purchased environmental impairment coverage to specifically address these types of concerns. Many of these policies have large retentions or manuscripted language that will raise coverage concerns. Other companies, however, will have general liability policies which include various forms of the pollution exclusion that may or may not apply depending upon the specific allegations in the litigation. Depending upon the jurisdiction and sophistication of the plaintiffs bringing these claims, the coverage issues may be very complex and involve considerable expense to litigate.

Likewise, in many cases where a defense obligation may be implicated under either environmental impairment or general liability policies, the development of the litigation will likely raise novel coverage concerns as facts and specific policy provisions are identified as areas of controversy. As we learned from the hazardous waste cleanup case law, each state and jurisdiction will have its own take on the same language, thus creating substantive differences in jurisdictions as to whether defense and indemnity obligations are covered or uncovered, even under the same facts. Therefore, both policyholders and carriers need to carefully evaluate the specific language in their policies as well as to prudently consider the type and scope of policies to purchase where fracking processes are employed.

Most homeowner insurance policies provide coverage for the policyholder’s home and property structures for direct physical loss or damage to the property during the policy period. However, many of these policies exclude events such as contamination of land or water serving residents, as well as settling, cracking, shrinking or other types of harm that may be alleged by homeowners near fracking sites.

While it may turn out that fracking does not lead to this type of problem, it is a subject of current review by environmental and consumer groups that may spur litigation bringing those policies into play. This may become an area of significant coverage litigation.

Again, the current number of lawsuits are relatively few — though rising — and no major decisions have been handed down specifically related to fracking claims. Further, due to the fact that fracking normally takes place thousands of feet below the watertable, the fracking fluids and wastewater that come up in the process are usually contained and reprocessed so that those materials do not usually migrate into streams or rivers or kill fish. So, it may be that the number of viable claims related to fracking may be very limited or even non-existent.

Nevertheless, given the current litigation climate and the fact that plaintiffs’ attorneys are forming advocacy groups and websites seeking regulatory relief, it is clear that the plaintiffs’ bar is primed for much broader litigation. With this litigation heating up, the insurance industry should pay close attention

Martin is a partner in the Insurance Litigation and Coverage Practice of the law firm of Thompson Coe Cousins & Irons LLP.