A year ago, Chris and Daye Alexander surveyed their tornado-ravaged Louisiana fruit farm in disbelief.

Wind-whipped hail had bruised and flattened thousands of blossoming blueberry bushes. A 3-acre field of strawberry plants all but disappeared. Blackberry bushes planted the previous year were so beaten they appeared to have been defoliated.

“It was total devastation – tears devastation. We had worked so hard with the strawberries, and we were excited about the blackberries. It was a total loss,” Daye Alexander said. 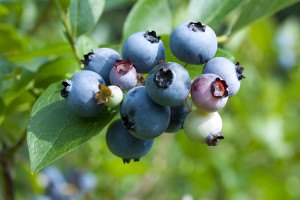 But a year of replanting coupled with better-than-average rainfall and mild temperatures, has the Alexanders almost giddy with anticipation about this season at their Hillcrest Blueberry Farm – the largest blueberry farm in Louisiana.

“It’s exciting for me. I’ve never seen them this far along,” Chris Alexander said as he walked along blackberry plants so fruit-laden that they are straining the wires containing their vertical growth. The 13 rows of 3,000 Kiowa blackberry bushes could easily produce an estimated 1.2 million berries. “They never got this far last year before the storm. All of the fruit on the farm was destroyed last year.”

The tornado that ripped up trees throughout the farm and damaged the processing building on April 26, 2011, originated in East Texas. It hopscotched across DeSoto, causing damage north of Logansport and in the Ranchland Acres subdivision, then dipped down in Gloster before striking downtown Frierson and moving farther northeast into south Webster Parish. Dozens of homes were damaged, but no major injuries were reported.

Chris Alexander’s brother’s fruit farm in Texas fell victim to the storms, too, as did other farmers in the immediate area. And if that wasn’t bad enough, any hopes of salvaging a remnant from the growing season essentially were dashed with the early onset of triple-digit temperatures in late May and the absence of measurable rainfall.

“The combination of the storm, hail, then the drought meant a total loss for us,” Chris Alexander said of his wholesale and retail business.

His uncertainty about replacing blueberry plants lost during the tornado – an estimated 40 percent of 139 acres – eased in December with the continuous rainfall.

“With an irrigation system, I can help keep the plants from dying. But you can’t replace the rain. I can’t progress a field if it doesn’t rain,” Chris Alexander said Wednesday as his crews completed the last replanting of the blueberries.

“If it droughts up again, then we’ll just lose all of that money we put into the new plants,” Daye Alexander added.

But even with the mild winter, Chris Alexander sees no negative impact to the blueberries, which require a certain amount of chill hours.

“We had about 550 hours of chill hours; some varieties require 800, but I don’t see any negative effect on the fruit set we have,” he said.

The work force at Hillcrest Blueberry Farm will increase to 25 as the fields are readied for harvest and customers. The mild winter has pushed the start-up date ahead of schedule and the Alexanders anticipate a May 18 opening.

“We’ll have U-pick and we-pick blackberries and blueberries and the store will be open,” Chris Alexander said.

With new equipment in place, Daye Alexander also is making plans for the extra goodies she’ll sell in the store that fronts the commercial processing operation. Chocolate-dipped blackberries and homemade blueberry crisp pies, blackberry pies and blueberry muffins will share the shelves with a popular line of jellies and jams.

“We’ll also have blueberry lemonade. Our customers love that,” Daye Alexander said. “It was hard for us last year, but it’s so exciting this year.”