The Sorrento Town Council has voted 3-0 to pay claims by the Louisiana residents whose homes were flooded and soiled by backups from the town’s troubled sewer system. 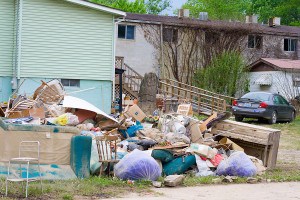 Councilmen John Wright, Milton Vicknair and Anny, who is also a councilman, voted in favor of the motion. Councilmen Marvin Martin and Chad Day were absent.

“If the mayor is absent, the mayor pro tem takes over, and that’s his duty,” Vicknair said.

Town Attorney Donovan Hudson told the council Longanecker has a contagious staph infection that prevents him from performing his duties, a claim the mayor denied Tuesday night in a post-meeting interview at his home.

Longanecker for months resisted attempts to pay the claims until a contractor could verify them, directing Town Clerk Paige Robert not to issue such checks.

Longanecker said in the interview that he would repeat his directive forbidding Robert from issuing town checks to the residents until a certified contractor could inspect the affected residences and report back to the Mayor’s Office on the validity of the claims.

Anny reported during Tuesday’s meeting the town already has paid $37,000 to two homeowners and a contractor for sewer-related repairs.

Once the town released those initial checks, there was an “onslaught of people” who said they have sewer problems, Longanecker said.

Anny said there are about nine others asking the town to cover the costs of sewer-related damage.