A thief wearing gloves walks into a parking lot, perhaps using the cover of night, smashes a car window and takes what’s inside the vehicle, all in a matter of minutes.

It’s the general technique for many car burglaries, and thousands of them occur in Harris County, Texas every year. Besides shattered glass, often there’s not much visible evidence left at the scene, leaving investigators with few clues to catch the culprits.

But sometimes it’s what investigators cannot see that helps solve many of these types of crimes. 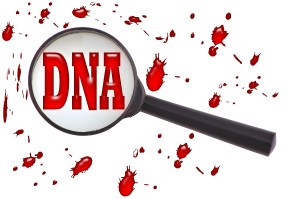 For the last few years, the Harris County Institute of Forensic Sciences aided area law enforcement in solving property crimes by testing evidence for “touch DNA” – microscopic skin cells containing DNA that naturally rub off when an object, like a car steering wheel, is touched. The technology can be used even if the suspect is wearing gloves because there’s a high likelihood the skin cells were transferred onto the gloves when the perpetrator was slipping them on.

“It was a pretty incredible tool for us to have to identify some of these suspects,” said Sgt. Terry Wilson, of the Harris County Sheriff’s Office auto-theft division. “These (burglary of a motor vehicle) cases are some of the hardest cases for law enforcement to solve because there’s almost never any eyewitnesses. There’s very rarely any good evidence left behind, fingerprint evidence and things like that, and once we started recovering some of this DNA, it was pretty exciting there for a while.”

DNA testing is a practice typically reserved for personal crimes like rape and murder. However, the forensic institute, formerly the medical examiner’s office, has also been performing DNA testing on evidence – containing either skin cells or bodily fluids, like blood and saliva – from property crime cases such as car break-ins and home invasions.

Since January 2008, the forensic institute made more than 3,000 matches to crime suspects in the FBI’s Combined DNA Index System database, or CODIS, a national database used to store DNA profiles. Of those, about 75 percent were for property crime cases.

Dr. Roger Kahn, director of the forensic genetics laboratory at the institute, said the crime lab is one of the few equipped to handle DNA testing for property crimes. The lab has no testing backlog on personal crime cases, so it can focus on property crimes, he said.

Kahn noted that when the forensic institute moves to its new expanded facility in the fall, the lab will have the capabilities to perform DNA testing in property crime cases for not only law enforcement agencies in the county, but the entire region.

Kahn believes it is a useful tool in solving many more crimes.

“These (property crime) cases by comparison are quite numerous in the community,” he said. “They far outnumber the crimes against persons (murder and rape).”

Wilson said the auto-theft division began collecting “touch” DNA evidence in the summer of 2010, in an effort to more aggressively target vehicle burglaries and thefts. He said they trained patrol deputies how to collect the evidence and asked them to test for every single car burglary and theft case they came across. They started seeing results almost immediately.

“On cases where we had absolutely zero to go on before, it definitely gave us a party to associate with the crime,” Wilson said.

For example, Wilson said, around 3 p.m. Aug. 30, 2010, a man parked his Toyota minivan in a fast-food restaurant parking lot in the 10700 block of Veterans Memorial. After grabbing lunch, the man came back to find his van’s window broken and his checkbook stolen.

Test results showed that there was usable DNA in all samples collected, Wilson said. After the DNA was entered into CODIS, it identified 44-year-old Freddie Walker. He was convicted in 2011 and served 100 days in jail for the crime.

Investigators did see problems in some cases. Prosecutors wouldn’t accept charges because they did not feel the DNA results eliminated other possible suspects.

Also, county budget cuts have suspended testing in the auto theft division for now. But overall, testing can help to solve more crimes as well as prevent them, Wilson said.

“If you catch one of those guys (car burglars), you can prevent dozens of them over a period of months,” he said. “They are out there every single day driving those parking lots in every part of this city and county looking for targets. If you get one of them off the streets, there’s no telling how many you may have prevented.”