By now, adjusters are aware of Medicare/Medicaid super liens and their effects on potential settlements. But there are two other key liens that can affect Texas settlements and cause exposure to an insured and insurer, according to Paul Bennett, a partner and insurance defense attorney at the Texas-based law firm of Fletcher, Farley, Shipman & Salinas. 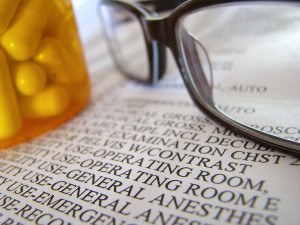 One is hospital liens. The Texas Hospital and Emergency Services Lien (Chapter 55 of the Texas Property Code) is based on a 1933 statute created to protect a hospital’s right to get paid for treatment rendered to accident victims.

A hospital lien can attach to cause of actions, settlements and judgments. Even if the case is tried years later and a judgment is obtained, the lien will attach to it, Bennett said.

In order to comply with the statute a hospital must file written notice of lien with the county clerk where services were rendered or where the hospital is located, Bennett said. The lien must identify the name and address of the injured party, the date of the accident, the name and location of the hospital where treatment was rendered and the name of the tortfeasor, if known.

During a recent discussion on the subject, Bennett cited the Texas case of Memorial Hermann Hospital v. Progressive County Mutual Insurance Co., which involved a hospital lien that was filed, but not yet indexed by the court.

Progressive checked for hospital liens after receiving a bodily injury claim from Carlos Martinez, who was involved in a 2007 auto accident with a Progressive policyholder.

Finding no liens, Progressive proceeded with settling Martinez’ claim. Progressive included Martinez and his wife, the hospital, and their attorney as payees on the settlement check.

Sometime after receiving the check, Martinez’ attorney contacted Progressive and advised the company that the hospital should not be a named payee on the check because there was no hospital lien.

Progressive reissued the check and unbeknownst to the insurer, the hospital filed a lien a half hour before the second settlement check was issued. Because it was not yet indexed by the court, it didn’t turn up during Progressive’s lien check; thus, the hospital was not named as a payee on the second check.

The hospital filed suit against Progressive arguing the lien was perfected upon court filing, while Progressive maintained a lien is only perfected once it is indexed by the court clerk and filed a motion for summary judgment based on that argument.

The trial court initially agreed with Progressive’s reasoning and granted the motion. On March 17, 2011, the appeals court overturned the decision, siding with the hospital.

An insurer handling a lien must either pay it or compromise it, Bennett said. The hospital will be a party to the release and the lien is discharged when the hospital files notice of release with the county clerk and it is recorded by the clerk.

According to Bennett, the hospital lien statute was amended in 2003 to include emergency medical service providers, like ambulance providers, that provide services in counties with a population of 575,000 or less for bills up to $1000.

A plaintiff’s claim of negligence, personal injury, or workers’ compensation or an insurance award for a claim is subject to a lien for unpaid child support, said Bennett.

While child support liens can attach to real property, personal property and personal injury claims, according to Bennett they can’t attach to homestead real property or workers’ compensation payments that replace wages.

The child support lien notice must contain the name and address, case information, contact information and the amount in arrears needs to be paid or compromised and a release filed with the court.

In the case of competing liens, while both must be dealt with, Bennett said the hospital lien must get paid first.