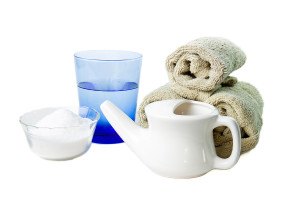 A neti pot, which looks like a genie’s lamp, is commonly used to irrigate sinuses. The Louisiana Department of Health and Hospitals issued its warning following a second death this year caused by Naegleria fowleri, the so-called brain-eating amoeba.

A 51-year-old DeSoto Parish woman died after using tap water in a neti pot to irrigate her sinuses and became infected by the deadly amoeba, which entered the body through her nose. In June, a 20-year-old St. Bernard Parish man died under the same circumstances.

“If you are irrigating, flushing, or rinsing your sinuses, for example, by using a neti pot, use distilled, sterile or previously boiled water to make up the irrigation solution,” said Louisiana State Epidemiologist, Dr. Raoult Ratard. “Tap water is safe for drinking, but not for irrigating your nose.”

It’s also important to rinse the irrigation device after each use and leave open to air dry, he said.

The very rare infection typically occurs when people go swimming or diving in warm freshwater lakes and rivers. In very rare instances, health experts said such infections may also occur when contaminated water from other sources, such as inadequately chlorinated swimming pool water or heated tap water less than 116.6 degrees, enters the nose when people submerge their heads or when people irrigate their sinuses with devices such as a neti pot.

DHH said the amoeba causes the disease primary amebic meningoencephalitis, a brain infection that leads to the destruction of brain tissue. In its early stages, symptoms may be similar to symptoms of bacterial meningitis and can include headache, fever, nausea, vomiting and stiff neck. Later symptoms include confusion, loss of balance, seizures and hallucinations.

After the start of symptoms, the disease progresses rapidly and usually causes death within one to 12 days.