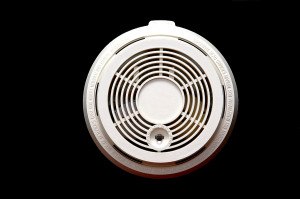 Firefighters in nine Texas cities will be installing smoke alarms into the homes of low income and elderly residents thanks to this year’s We’re Out to Alarm Texas smoke alarm campaign. The program now in its seventh year has saved three lives and prevented the destruction of several homes across the state.

The Insurance Council of Texas (ICT) has joined with the State Fire Marshal’s Office, the Travelers Insurance Companies and First Alert to donate the smoke alarms to firefighters who install them and then monitor fire runs to these homes.

ICT, Travelers Insurance Companies and First Alert have donated more than 7,000 smoke alarms to 20 Texas cities since the We’re Out to Alarm Texas smoke alarm campaign started in 2005. Within one year elderly residents in New Braunfels and Waco were rescued by firefighters after being alerted by donated smoke alarms to fires in their smoke-filled homes.

“It didn’t take us long to see that the program saves lives and property,” said Mark Hanna, a spokesman for the Insurance Council of Texas. “The program has brought fire departments closer to their community and helped educate its residents to the benefits of a functioning smoke alarm.”

In 2008, 150 smoke alarms were donated to a 14 year old Boy Scout in Jefferson, Texas. Buck John wrote to the State Fire Marshal’s Office who contacted ICT with a request for enough smoke alarms to place one into the homes of every Meals on Wheels clients in Marion County. The request was fulfilled and it earned John his Eagle Scout award.

Source: The Insurance Council of Texas

Oil Pipeline Planned Even as California Moves Away From Gas