Advanced Driver Assistance Systems may have potential to reduce auto insurance claims, but some of them are so annoying that many drivers disable the systems and try to avoid buying them on future vehicle purchases, according to J.D. Power.

“Automakers are spending lots of money on advanced technology development, but the constant alerts can confuse and frustrate drivers,” stated Kristin Kolodge, executive director of driver interaction & human machine interface research. “The technology can’t come across as a nagging parent; no one wants to be constantly told they aren’t driving correctly.”

J.D. Power, based in Costa Mesa, Calif., said lane-keeping and centering systems were one source of complaints. On average, 23% of customers with such systems complained that the alerts are annoying or bothersome. That ranged from just 8% for one domestic brand to more than 30% for two import brands.

Overall satisfaction with new-vehicle technology ranged widely across the vehicles in the study. The Kia Stinger scored best, with 834 on a 1,000-point scale. The overall average is 781, with the lowest-scoring model achieving just 709.

The study, now it its fourth year, measured owners’ experiences, usage and interaction with 38 driver-centric vehicle technologies at 90 days of ownership. 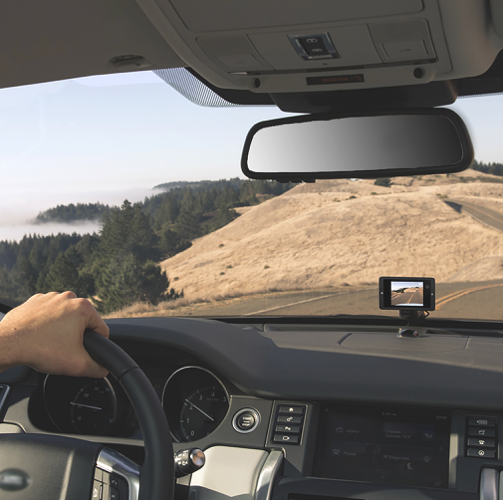 Root Insurance, a private passenger auto insurer that connects with its customers via their smart phones, has teamed up with Owlcam for a pilot program that will install in policyholders’ vehicles video cameras that can create a record of any crashes or thefts.

“Owlcam is a leader in in-car video, and we know that video can help drivers protect their vehicle 24/7, and simplify the process of filing claims, stated Kumi Walker, chief corporate development and strategy officer at Root.

Root, based in Columbus, Ohio, said it as selected some customers to test how Owlcam services can impact driving safety and car security while simultaneously simplifying the claims process. The results may lead to future discounts for consumers who use the device, the carrier said.

Owlcam will also allow testers to quickly send video to Root to support to any claims. When a crash or break-in is detected in a vehicle with Owlcam, a video clip is instantly sent to the driver’s smartphone. The Owlcam app allows customers to view live images to see what is happening in real-time. The video proof can immediately be shared with Root as well as police arriving on the scene.

While this pilot program is currently available to a limited number of Root customers, the feedback could lead to a broader partnership between the two companies, the carrier said.

Owlcam is based in Palo, Alto, California.

Cambridge Mobile Telematics has formed a partnership with Country Financial to enroll auto policyholders in Colorado and Minnesota in its DriveWell program, which delivers “actionable information and behavioral insights to improve driver behavior.”

The DriverIQ app, as it will be labeled for Country Financial customers, will be offered in more states in the future, the Bloomington, Ill.-based carrier said in a press release.

CMT said Country Financial’s DriverIQ app provides feedback to drivers after every trip, highlighting areas of risk enabling users to reduce their risk of accidents while getting more value from their insurance purchase.

The telematics program has been available to all of Country’s auto policyholders in Colorado and Minnesota since July 12. Policyholder benefits include earning discounts or rewards while improving driver safety, full transparency in driver scoring, and a Family Sharing feature that provides a coaching opportunity for parents with teen drivers, the companies said.