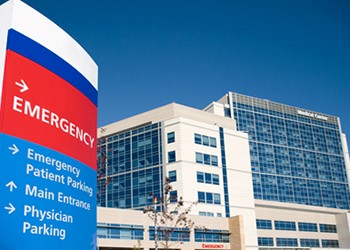 States. Six of those states had no fee schedule and four capped fees according to a percentage of the amount billed.

The latest study, the eighth in a series, adds to a body of evidence that workers’ compensation medical services cost less in states that set prices according to Medicare’s resource-based relative-value scale, which is established by research that establishes the actual cost of providing services. Other WCRI studies have shown physician services cost less in states with fixed fee schedules, said WCRI spokesman Andrew Kenneally.

In states with no fee schedule, outpatient surgery by hospitals costs from 112% to 384% of the Medicare rate.

Two states that did have fixed fee schedules, Illinois and Florida, nevertheless paid far above the median for outpatient surgery by hospitals. In Florida the average cost was $22,120 — 347% of the Medicare rate. In Illinois, insurers and employers paid an average of $15,787 for each surgery, 202% of Medicare.

The study notes that both Illinois and Florida established fee schedules that are “based on frozen historical hospital charges.” Illinois adopted a fee schedule for hospital outpatient surgeries in 2009, setting rates at 90% of billed charges after excluding outlier charges that were far higher or lower than the median. Florida adopted a fee schedule in 2015 that set in place outpatient fees that at that time were equal to 75% of billed charges.

Ten states adopted fee schedules based on Medicare’s prospective payment system during the 13-year period analyzed during the study. Seven of those states — Connecticut, North Carolina, Georgia, Indiana, Idaho, Colorado and South Carolina — saw reductions in hospital outpatient costs after the fee schedules were implemented. Costs increased in Mississippi, Massachusetts and Texas after the change.

The report noted that Kansas adopted a fixed-amount fee schedule that took effect on Jan. 1, 2017, replacing a fee schedule that was based on a percentage of hospital charges. Costs for outpatient surgery dropped 8.4% that year, while the average growth rate in 27 states for which WCRI had data increased by 7.8%.

Colorado had similar results when it abandoned a percentage-of-charges fee schedule in 2006 and set fees at 160% of the Medicare rate. Costs dropped 23% in the first year. In 2017, Colorado increased the maximum fees to 180% o f the Medicare rates, and average costs increased 35%.

Virginia adopted a hybrid fee schedule that took effect in 2018. It incorporates elements of both a fixed-price and a percent-of-charges based system. No data on the impact is yet available.

In Florida, legislation was introduced to in the House of Representatives that would have capped fees for scheduled outpatient surgeries to 160% of the Medicare rate, but the bill died in the committee.

Steven A. Bennett, an assistant general counsel who tracks workers’ comp issues for the American Property Casualty Insurance Association, said his group was disappointed when the Florida legislation failed. However, insurers were happy to see Virginia finally adopt a fee schedule, even though lawmakers chose a hybrid system that is more complicated than it needs to be.

Bennett said the latest WCRI report shows that fixed-rate fee schedules lead stabilize medical costs. He said Medicare is the best basis for fee schedules because its a well-known system.

“We will remain patient and hope that (lawmakers) can see the results of the WCRI study, and the results that the other states are seeing from fee schedules,” Bennett said.

The report can be downloaded here.