The cannabis industry was full of activity in 2018. By October, thirty states had legalized the use of cannabis products for medicinal purposes, with nine states legalizing recreational use. Although the sale and use of cannabis products have remained a violation of federal law since 1971, individual states have recently begun to legalize cannabis for both medicinal and recreational purposes.

By Congressional appropriations statute, Congress blocked the federal government from spending money on medical marijuana prosecutions, assuming that growers and dispensaries would carefully follow state law. The statute, known as the Rohrabacher-Blumenauer Amendment, was extended in September through December 8, 2018 and signaled that the topic would be revisited by the end of the year.

Finally, at the end of June, the Federal Drug Administration approved the use of Epidiolex, a drug derived from cannabis that is used to treat two rare forms of seizures. At the end of September, the Drug Enforcement Administration reclassified Epidiolex as a Schedule 5 controlled substance — the lowest level of controlled substance — acknowledging the drug’s proven medical benefits and indicating a low potential for abuse. As the first FDA-approved drug derived from cannabis, the reclassification of Epidiolex marks a significant departure from the federal government’s previous stance.

Numerous changes were also seen at the state level, with refinements and additions to the laws governing the use of medicinal and recreational cannabis. In January, California approved recreational cannabis use for individuals over the age of 21, and other states with medical cannabis programs have continued to address how cannabis is used through case law and regulatory decisions. The Florida Supreme Court, for instance, overturned the legislature’s attempt to institute a comprehensive ban on smokeable marijuana, holding that the only restriction on an individual’s right to use medical marijuana was the inability to smoke it in public.

In July, the New York Department of Health added opioid replacement as a qualifying condition to recommend medical marijuana, and in September, Governor Cuomo signed a bill allowing medical practitioners to recommend marijuana as a treatment for pain management. The bill not only acknowledges that marijuana serves as an alternative to opioids, but also allows treatment providers of substance use disorder to use the drug to target and help patients manage underlying pain. Among the bill’s requirements, a registered physician must certify that a patient’s pain degrades her health and functional capability.

At the corporate level, companies that are engaged in the growth, manufacture, and production of cannabis products continue to grow and expand. In the last two years, Virginia’s General Assembly has passed several bills expanding its medical marijuana use laws to allow in-state production, sale, and dispensing of medical cannabis oil. In September, five applicants in Virginia were awarded conditional licenses to open the first medical marijuana dispensaries in the state, with one license awarded for each of the state’s five health service districts, as designated by the Virginia Department of Health. The applicants include Pharmacann Virginia, Dalitso, Dharma Pharmaceuticals, and Green Leaf Medical of Virginia, and Columbia Care, LLC of New York. According to the board’s website, the conditional licenses allow companies to cultivate cannabis plants to manufacture cannabis oil for medicinal use.

The cannabis industry continues to grow as we approach 2019, with new companies seeking licenses and investors seeking new opportunities. What we can gather from 2018’s record of change at the federal and state levels is that medical and recreational cannabis programs are almost sure to continue expanding. 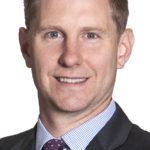 Michael D. Shalhoub is a co-chair of Goldberg Segalla’s Life Sciences Practice Group and a nationally recognized authority on product liability defense, medical device litigation and trial technique. In his more than 30 years of experience, he has resolved more than 100 cases at the trial stage and achieved numerous defense verdicts in cases cases involving product liability as well as medical malpractice, business and commercial disputes, insurance coverage, construction accidents and general liability. 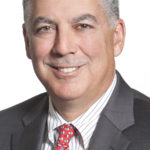