Capital Insurance Group (CIG), a regional property and casualty insurer serving the Western United States, announces the appointment of Cynthia Mehrtens, CPCU, ARe, AIM, as vice president of claims. In this position, Mehrtens will be responsible for loss investigation, loss reporting, settlement, and legal claims handling for the company. She will also be responsible for CIG’s regulatory compliance to shareholders, lawmakers, reinsurers, and regulators. 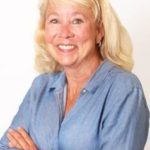 Mehrtens comes to CIG with more than 30 years of experience in claims and litigation within the insurance industry’s small and medium-sized markets. Most recently, she served as the vice president of claims at Indiana Farmers Mutual. In this role she realigned the claims department and instituted best practices and litigation management. During her tenure, Mehrtens implemented an effective CAT response program and revised performance evaluations. As a result, over a two-year period, litigation expenses decreased by 33 percent and subrogation results increased by 50 percent.

Over the past three decades Mehrtens’ career has taken her across the country, where she served in leadership positions for Peerless Insurance, Ohio Casualty Insurance, CHUBB Group, and Safeco Insurance, among others.

Mehrtens will replace Tom Scherff upon his retirement, effective October 15, 2018. Scherff, who has been in the industry for more than 40 years, joined CIG in 1995. During his tenure he has seen the company through significant growth and expansion.

She will be based in Monterey, Calif., operating out of the company’s headquarters. 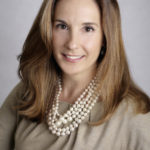 Butt will lead the casualty business with responsibility for new and renewal business. She will be based in Chicago and report to Paul Horgan, head of Zurich North America Commercial Insurance.

Since joining Zurich in 1997, Butt has held a number of leadership positions in underwriting, customer relationship and distribution teams in Commercial Insurance and Global Corporate.

Most recently, Butt served as global head of Customer, Distribution and Market Management for Commercial Insurance. In this role, she led the team responsible for developing and deepening relationships with key global customers, devising and implementing the go-to-market strategy and partnering with strategic brokers to drive growth and retention. Under her leadership, Zurich won the 2016 Strategic Account Management Association’s Excellence Award for “Outstanding SAM Program Leadership for Mature Programs.”

Butt steps into the role that was vacated when Brandon Fick was named chief underwriting officer for Zurich North America.

Ohio-based Marias Technology, a provider of software testing and implementation services to the insurance industry, has promoted Stephanie L. Olson to the position of assistant vice president, Operations. Olson, who joined Marias in June of 2010 after having worked as an independent insurance agent for seven years, formerly held the position of Manager, Testing and Implementation Services.

In her new role, Olson will oversee everything pertaining to the services Marias delivers to its customers.