Mega workers’ comp claims – losses exceeding $10M – jumped in 2016, according to a new report by the National Council on Compensation Insurance (NCCI). According to Tony DiDonato, author of the research brief, it’s unclear if this is a one time occurrence or a new trend for the industry,

For accidents occurring in 2016, ten claims of at least $10 million have been observed (more than for any of the previous 15 accident years). According to DiDonato, an increase in costs over time is not surprising. What stands out in 2016 is that mega claims make up a greater proportion of lost time claims than in the past.

Exhibit 5 shows that even though the Goods & Services industry has at least double the number of lost-time
claims of any other industry group, it is the Contracting industry group that has by far the greatest share of mega claims. 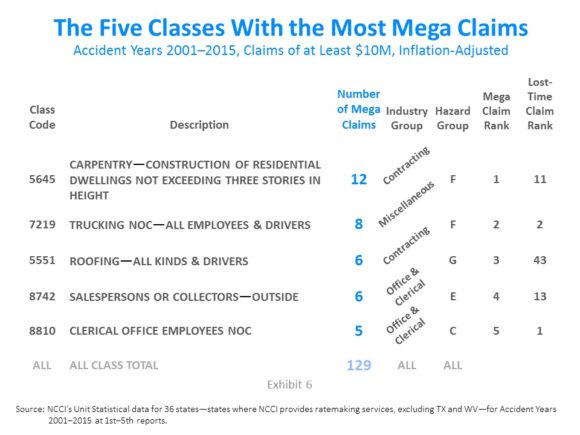 Exhibit 6 displays the top five classifications with the most mega claims. The data is from claim activity spanning a 15-year period.

According to the brief, the carpentry classification (Code 5645) had more mega claims than any other class over the past 15 years. The trucking classification (Code 7219—representing short-haul and long-haul) ranks 2nd in both mega claims and all lost time claims. DiDinato points out that the fifth code on the list is workers compensation’s largest class: Code 8810—Clerical Office Employees NOC. He noted that, “This single class accounts for approximately 30 percent of total payroll. The large number of mega claims is primarily a reflection of the sheer size of this class.” 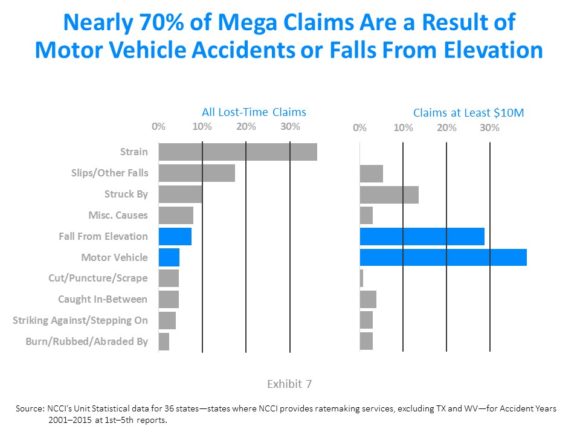 The report noted that central nervous system injuries (neck/spine or head/brain) and injuries to multiple body parts account for nearly 95 percent of mega claims. For lost-time claims, these categories make up only 16 percent of the claim total. 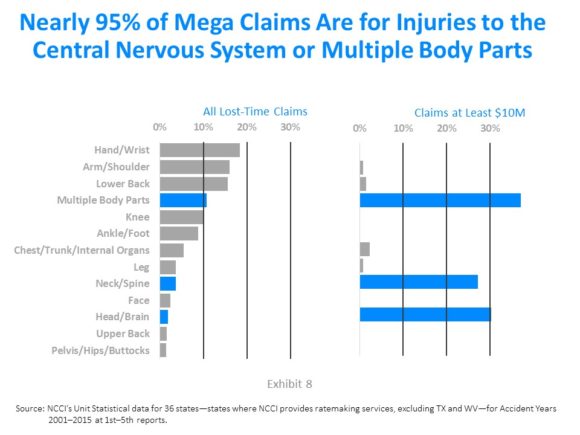 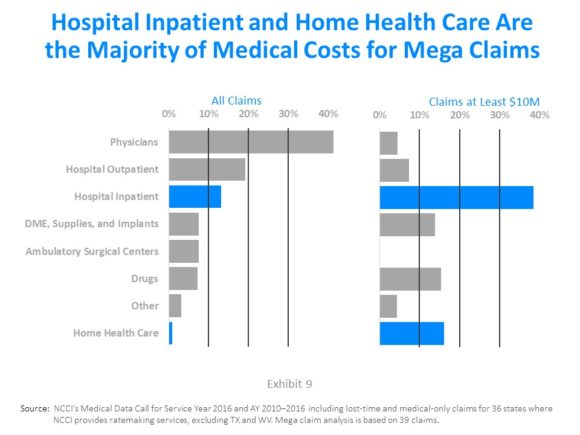