John Ingersoll has been named VP of Corporate Innovation at CSAA Insurance Group. Ingersoll is among the inaugural Velocity Program at the company, a “growth engine” that brings employees from various business lines together for six months to learn agile thinking and to take entrepreneurial approaches to generating business ideas. 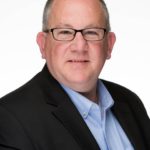 Ingersoll joined CSAA Insurance Group as its brand marketing executive in 2013. He led the work to provide better insights into customers’ experience with the company, and to use that data to improve products and service and deliver better tools for serving AAA members.

Wismer brings to this position a strong track record in financial leadership roles at Fortune 100 international insurance companies, with particular focus on the property/casualty business. More recently he served as Group Controller for Zurich Insurance Group, based in Zurich, Switzerland, and he previously spent nine years at Liberty Mutual, culminating with his appointment as senior vice president & chief financial officer, Liberty International. He also held senior financial and regulatory reporting leadership positions at Allianz Group in Munich, Germany and previously worked at KPMG, where he began his career.

Benet to Step Down as CFO of Travelers, Frey to Assume Role

The Travelers Companies announced that, effective Sept. 1, Jay S. Benet will step down from his role as chief financial officer, a position he has held since 2002. Benet will remain on the senior leadership team as vice chairman.

As vice chairman, Benet will support the transition to Frey for a period of time and then take on a variety of responsibilities, including serving as a strategic advisor to the rest of the Travelers senior leadership team.