Assurant, Inc., a global provider of risk management solutions, announced the appointment of John Pawloski to senior vice president, chief compliance officer. Reporting to Carey Roberts, Assurant’s chief legal officer, Pawloski will be based in Assurant’s Atlanta office and succeeds Doris Vigo, who will remain with Assurant until her retirement at the end of 2019.

As chief compliance officer, Pawloski will lead Assurant’s global compliance team and have responsibility for the company’s global corporate and regulatory compliance programs.

Prior to joining Assurant, Pawloski served as chief compliance officer for USAA’s Enterprise Staff Agencies group. In that role, he led a team of professionals who managed the compliance risks facing their insurance, banking and investment operations.

Prior to his career at USAA, Pawloski was general counsel at Southwest Business Corporation (SWBC), a diversified financial services company that provides lender-placed products for auto and home lending. 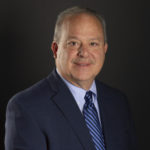 Vicario began his career with Great American in 1994 and has served as divisional vice president since 2004. He has over 35 years of industry experience.

He is also a member of the American Bar Association, the National Bond Claim Association and the Surety Claim Institute.

Anderson joined CNA in 2012 and has been a key member of the Finance leadership team since that time. Before joining CNA, Anderson spent nearly a decade in investment banking focused on the insurance industry, ultimately as a managing director at Macquarie Capital. That experience followed five years of consulting at Accenture.