Prior to joining the CDA organizations in 2005, Spinelli served as chief financial officer for EMSource LLC, a billing and management service organization for emergency medicine physicians, and as controller for Vision Service Plan, an employee benefits company offering vision insurance products. Spinelli began his career with PriceWaterhouse and is a graduate of the University of California at Berkeley. He replaces Peter DuBois as CEO as part of strategic leadership reorganization intended to position a strong leadership team during a significant organization-wide growth phase for CDA and its subsidiaries. DuBois continues to serve as CDA executive director and president of the CDA holding company over TDIC, DBIC and NORDIC.

The GEICO Board of Directors promoted Jeremy Connor to vice president of the company’s regional office in Buffalo, New York, and claims office in Marlton, New Jersey.

Connor had served as assistant vice president of claims in Buffalo since 2016. He began his GEICO career in 1995 as a part-time claims information center associate at the company’s Woodbury, New York, regional office. He then became a full-time claims service representative.

He next relocated to Buffalo to help establish its claims department and supervise telephone claims representatives. He later became a section manager. In 2007, Connor returned to Woodbury to manage planning and operations; he became regional liability director a year later. He was named director of personal injury protection for the region in 2010.

Connor was elected a GEICO officer in 2012, when he was named assistant vice president of claims at the Fredericksburg, Virginia, regional office. In 2014, he assumed that same title at GEICO’s Lakeland, Florida, regional office. 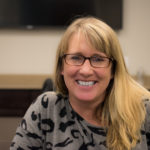 Lofgren comes to 24 Services from BELFOR Property Restoration, where she was a critical member of its team, serving as office manager for six years. Lofgren also spent one year leading financial and marketing efforts at BELFOR. She brings more than 25-years of industry experience to 24 Services.