Ever since Harvey Weinstein became a top story, the discussion of sexual harassment and assault has become a topic that has exploded across the Internet and other media, resulting in scores of allegations and reports regarding other celebrities, public figures, elected officials, etc. in a way that has not ever occurred before. Even before the #MeToo era started, employee lawsuits and claims, including charges of discrimination filed with the EEOC and state counterpart agencies were rising. Employers, and their insurers, are now exposed to an increasing number of sexual harassment and other discrimination claims, which aside from liability exposure, are difficult, complex and expensive to defend. Employers, and consequently their insurers, also face potential exposure to indemnity and defense costs from employer liability claims and lawsuits, including those arising from use (or misuse) of social media and data breaches.

While it is often the claims or lawsuits made against large, publicly-traded corporations, or those involving famous people, celebrities and political or other public figures that make the news, smaller companies, and their insurers, are not immune to these claims. Many carriers have entered the Employment Practices Liability Insurance (EPLI) coverage market either through standalone policies (many of which are claims made policies) or endorsements to other types of coverage. Often these policies carry large deductibles or self-insured retentions, which attempt to limit the insurer’s exposure, at least to some degree, on claims that are of a “nuisance” value. It is not unusual for an EPLI policy to include attorneys’ fees and other defense costs in the definition of covered “losses” such that the limits of insurance are “eroding” as defense costs mount.

This article is broken up into two parts and discusses some of the types of claims that may arise, coverage that may exist, and attempts to offer some strategies for dealing with unique issues arising under EPLI and other employment liability insurance coverage.

Most businesses procure Commercial General Liability (CGL) coverage. However, as broad and inclusive as CGL policies tend to be, many only provided limited coverage for employment liability, and often exclude traditional employment discrimination claims altogether. EPLI coverage (either through stand-alone policies or endorsements to other coverages) can cover the gaps that might otherwise exist under CGL coverage for claims brought by current or former employees or applicants. Directors and Officer Liability Insurance (D&O) may, in some instances, provide coverage for employment claims, which protects the company as a named insured, as well as typically its employees, officers and directors who are alleged to have committed discriminatory acts in the course of performing their scope of duties for the named insured.

Outlined below are some common areas of employment liability, including issues that may arise in determining coverage.

1. Wage and Hour Claims
Although perhaps not as prevalent as they were a few years ago, claims for violations of the Fair Labor Standards Act (FLSA), and wage and hour claims in particular, are a fairly common source of employer liability. These claims arise out of a variety of factual scenarios, including misclassification of exempt and non-exempt employees and independent contractors, alteration of time records to avoid payment of overtime, failure to maintain necessary wage and hour records to determine overtime, failure to provide requisite rest and meal periods, etc.
Often these claims are pursued as putative class actions. Defense costs for such claims are often prohibitive and can drive settlement. EPLI policies may specifically exclude coverage for wage and hour and other FLSA claims. However, from the insurers’ point of view an EPLI policy may provide defense coverage for such claims under relatively broad “duty to defend” provisions. An insured may argue that a wage and hour claims is covered if the allegations are based on a generally unfair business practice that is (or may be) otherwise covered by the policy. To determine if there is coverage for these claims requires and especially careful review of the allegations made in the claim or lawsuit, together with the applicable policy language and law.

2. FMLA Violations
The American workforce continues to age, and in doing so continue to experience a greater number of medical issues, which require absences from work. Even though the “Boomer” generation may have retired already, or be retiring now, there are still millions of them in the workplace. The generation behind them, “Gen-X” are now in their late 40s and early 50s now, which means that there will be no shortage of these claims under the Family and Medical Leave Act (FMLA) in the future. FMLA claims can be particularly perilous given that individual managers and other company officials may be held personally liable under the statue. This means that insurers should carefully examine the applicable policy language to determine if the persons alleged to have committed violations are an “insured” under the policy in the first place, in addition to reviewing other pertinent coverage issues.

3. Data Breaches
Data breach, and other cybersecurity claims have received a lot of media attention recently. Insurers are increasingly facing indemnity exposure from these claims, not to mention the staggering defense costs that go with these claims. These cases run the gamut from derivative actions brought by shareholders, to actions brought by customers and even employees whose data may be compromised.

Claims against directors and officers may be covered by D&O policies, which at least historically have not excluded cyber claims specifically. Though newer polices and endorsements may. Negligence claims against employers or managers also may trigger coverage under an EPLI policy, or in some cases a CGL policy, depending on the allegations made, the policy language, and the applicable law. Carriers should carefully evaluate the policy language, especially if an older form is being used, which does not contain any endorsements, exclusions or other provisions that may limit or exclude these claims from the coverage. Of course there are now cyber coverage forms that specifically provide coverage for these claims according to their terms and conditions.

4. Social Media
Currently social media continues to expand and be omnipresent – for better or worse – in our society. Social media issues have continued to grow and since the Presidential Election in 2016 have continued to be in the news on almost a daily basis. In 2014, Facebook reported that it had almost 864 million users. Instagram, Twitter and LinkedIn too have substantial numbers and these platforms – and others – are only growing.

Exposure for these claims has the potential to be magnified since a comment or post by a single employee has the potential to go “viral” and be spread across the Internet. These often then become the subject of defamation, disparagement, or other harassment claims. These claims commonly involve competitors, applicants for employment, or co-workers of current employees. Most EPLI policies do not provide coverage for disparaging or defamatory publications made by one employee regarding another. However, there may be coverage in some cases when a co-worker alleges social media harassment, claiming that the employer is negligent or otherwise fails to prevent such harassment. EPLI coverage may also provide coverage to an employer when a manger publishes a post, Tweet or tag (or the like) that is alleged to be harassing or defamatory. CGL policies may also provide coverage if such claims fall within the “personal injury” (Coverage B) coverage. The insurer must be especially vigilant in reviewing all the potential coverages that may exist for an insured to determine if these types of claims are covered.

5. Sexual Harassment and Other Discrimination Claims
Sexual harassment claims have garnered even more attention in the current #MeToo environment. Similarly, other traditional, Title VII employment discrimination claims, including race, sexual orientation, color, marital status, creed, religion, national origin, ethnicity, age, military service, pregnancy, as well as claims based on disability, are the bulk of employer liability claims. Many of these claims involve an administrative component requiring the defense of a charge of discrimination filed with the EEOC or state counterpart, followed by litigation either with EEOC, or more commonly with private claimants who receive a right-to-sue letter. There are also hybrid actions where the EEOC pursues the discrimination claims, and the individual claimants hire private counsel and “intervene” in the EEOC lawsuit to pursue their own damages claims.

EPLI polices are intend to cover these claims in accordance with their specific terms and conditions. D&O policies may provide coverage for claims based on corporate mandates or other board imposed policy type claims. Although most CGL policies do only provide limited, if any, coverage for such claims, there could be coverage if the discrimination results in a “personal injury” caused by an otherwise covered “occurrence” under such policies. 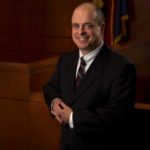 Christi Swick is counsel in her firm and serves on its Employment Law Team. She regularly counsels employers on risk management tools such as personnel policies and procedures, and training. She also defends employers in discrimination cases, contract disputes and traditional labor law actions in both state and federal court. 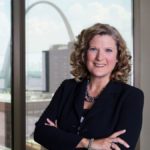