Pionne Corbin will manage the regional office in Lakeland, Fla., where she will be based, and oversee the company’s Southeast and Midwest regional offices and Centralized Services operation, all of which are in Macon, Ga. Rick Hoagland will have oversight responsibilities for GEICO’s business in New England, New York and New Jersey. 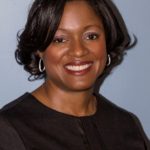 Hoagland joined GEICO in 1994 as a telephone claims representative in Fredericksburg. He advanced through several positions and was named a manager in 2002. Hoagland was later selected to complete the executive assistant program at GEICO headquarters in Chevy Chase, Md., and then became director of claims home office systems. 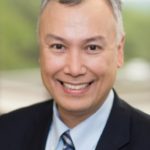 Hoagland was elected an officer in 2009 and managed claims operations for the Midwest region in Macon; later, he managed underwriting operations there.

In 2012, he was promoted to vice president of GEICO’s companywide claims operations, and then went on to serve as VP for operations in New England and New Jersey. Four years later, Hoagland became regional VP of the company’s Long Island, N.Y., office.

In his new position, Tribble will be responsible for the Loss Control Department and have dotted-line responsibility and day-to-day oversight of the Shared Services departments: Claims, Marketing, Information Technology and Broker Relations.

Tribble joined Church Mutual in January 2016 as a territory manager. He was promoted to director of diversity and inclusion in January 2017, and named to his present position in September 2017. Currently, Tribble serves as assistant vice president and chief diversity officer for Church Mutual. He will continue serving in that capacity while the company recruits a new leader to fill the position.

A mentor and role model to professionals in and out of the insurance industry, Tribble serves on the Independent Insurance Agents and Brokers of America’s Diversity Task Force and has served on the board of directors of the Urban League of Greater Hartford. He is a strong advocate for diversity throughout the organization and works closely with many young professionals, including members of the MKE Fellows program.