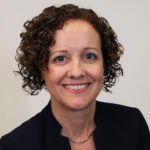 Ward joined the company in 1993 after graduating from the University of Texas at Austin and has since served in a variety of roles throughout the organization. Throughout her career at Texas Mutual, Ward has been responsible for a broad range of business units, including the call center, process and system management operations, safety services, statewide claim offices, claim intake unit and imaging unit. Additionally, she provided leadership for several major company initiatives, including a new enterprise claim system; WorkWell, TX, the company’s health care network; and Texas Mutual’s first injured worker mobile app.

Haugaard joined Texas Mutual in 2004 and was responsible for overseeing the development of the first medical network in the Texas workers’ compensation system, as well as overseeing the recent implementation of WorkWell, TX.

Gilbert Chahine has been appointed chief executive officer of AXA Partners, the entity of the AXA Group Innovation Business Unit dedicated to designing global insurance and assistance services solutions; to deploying them via the entities of the AXA Group and for business partners via third party distribution. 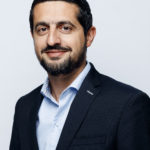 The appointment will be effective on June 1, 2018.

Before joining AXA Partners, Gilbert Chahine contributed to launching AXA’s business in Egypt, where he was appointed chief executive officer in 2016.

Williams earned a Juris Doctor from Washington University’s School of Law. He is a member of the Illinois State Bar Association and holds several compliance and ethics designations.