Conan Dolce has been promoted to regional vice president of the New York Region. He is responsible for field leadership, as well as broker and client relationships. Dolce joined Starr in April 2015 and has more than 17 years of leadership experience with several major insurance brokerages. His underwriting and risk services expertise includes real estate, hospitality, retail, financial institutions, construction, healthcare and technology.

Carmella Capitano was promoted to senior vice president of Primary and Excess Energy Casualty. She joined Starr in 2009 and has more than 18 years of experience in the insurance industry, holding underwriting positions with growing importance in energy as well as leadership roles within international insurance companies.

Andrew Murray has been promoted to profit center manager of Primary Construction. He has more than 33 years of leadership experience and joined Starr in 2015. He has held increasingly responsible roles in both construction brokerages and insurance carrier operations.

Capitano and Murray will be responsible for their divisions’ strategies including profitability, development and refinement of underwriting, pricing methodologies and portfolio management.

Valen Analytics, an Insurity company, and provider of proprietary data, analytics and predictive modeling for P/C insurers, appointed Kirstin Marr president of the company, effective immediately. In more than six years as CMO, Marr lead growth and marketing initiatives, establishing Valen as a pioneer in predictive analytics for insurers focused on meeting customer demands for transparency, responsiveness and fairness in risk assessment, pricing, customer acquisition and claims handling. The company consistently grew more than 50 percent YoY prior to being acquired by Insurity. 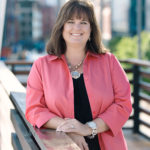 Throughout her career, Marr has held a variety of leadership roles in marketing and media, with organizations like HomeAdvisor and the National Renewable Energy Laboratory. With Valen, she was a founding member of the Insurance Careers Movement, a grassroots organization that’s grown to include more than 1,000 companies globally. She has also been involved in several non-profits focused on Science, Technology, Engineering and Mathematics (STEM) education, among other non-profit causes.

Dax Craig, who served as Valen’s president and CEO since co-founding the company in 2004, will remain with Valen in an advisory role. 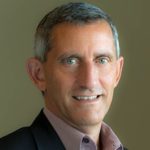 Valliere brings more than 30 years of experience in the insurance industry to the role, the last 14 of which he spent in key leadership positions with AAA and CSAA Insurance Group. Prior to being named executive vice president of insurance operations, Valliere was vice president of policyholder service, where he earned a reputation for his commitment to developing leadership skills in employees and for his passion for customer-service excellence.

Prior to joining AAA Northern California in 2004 as regional claims executive, Valliere was a senior assistant vice president in the claims department at Amica Mutual Insurance Company. He has broad industry knowledge and executive-level experience in claims, underwriting, customer service, training, technology transformations, and merger and acquisitions.

Valliere serves on the J.D. Power Insurance Advisory Board.