When a Tesla Inc. Model X slammed into a concrete highway barrier in California last month, the vehicle’s computers contained a wealth of information about the moments leading to the fatal accident.

The problem for U.S. accident investigators is that the information wasn’t easily accessible. The data stored on the Tesla is in a proprietary format that can only be accessed by the company. Similarly, the information the vehicles beam to Tesla computers on a regular basis can’t be obtained without the company’s cooperation.

“It makes a challenging investigation more so,” said Peter Goelz, a former managing director at the National Transportation Safety Board who is now senior vice president at O’Neill & Associates, a Washington lobbying and public relations firm. 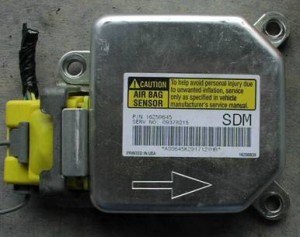 Unlike the trove of information contained on an airplane’s crash-proof recorders – the so-called “black boxes” that capture flight data and sounds from the cockpit in an easy-access format – the NTSB needs the help of automakers such as Tesla to view the information from the growing number of autonomous and semi-autonomous vehicles.

That requires a cooperative relationship that appears tested by the latest accident, on March 23. While the agency says Tesla has been responsive, the company’s decision Friday to release information on the investigation without NTSB’s permission and a Monday afternoon Twitter jab against the safety board by Elon Musk, the company’s chairman and chief executive officer, has heightened tensions.

Musk defended his company’s decision to release the information. “Lot of respect for NTSB,” he said on Twitter, adding: “Tesla releases critical crash data affecting public safety immediately & always will. To do otherwise would be unsafe.”

The release of data by an official participant in an NTSB inquiry is prohibited by law and agreements that so-called parties to an investigation must sign. It’s also highly unusual for a participant to be critical of the NTSB during an open investigation.

The tensions come as the NTSB has sought greater access to data from autonomous vehicles. Last year, as part of its findings in a separate fatal crash involving a Tesla, the NTSB called on highway regulators to create standards for data collection on vehicles with automated systems and to make it “readily available.”

The National Highway Traffic Safety Administration responded that it is working with industry groups to set such a standard. Until that happens, the agency will rely on current voluntary guidance for companies, the agency said in a Feb. 7 letter to the NTSB.

The safety board is in a similar position with Uber Technologies Inc. The agency is relying on Uber for data showing how one of its self-driving sport utility vehicles was operating when it struck and killed a woman who was crossing a road in Tempe, Arizona, on March 18.

Tesla issued a statement on its website on Friday saying that the driver of the Model X in California, who was killed in the crash, was using the company’s semi-autonomous system and didn’t have his hands on the steering wheel for the six seconds before impact. It also blamed the condition of the highway barrier, which the company said was missing a device designed to absorb impact forces, for the severity of the crash.

Such statements that include conclusions about an accident’s cause are strictly prohibited by the NTSB. Under federal law, participants in NTSB investigations “must follow all directions and instructions” from the agency, which includes a standard requirement to let the safety board release information.

The NTSB issued a statement on Sunday saying it was “unhappy” with Tesla about the release and confirmed that it was aware of reports that the driver had expressed “previous concerns about the autopilot.” But at the same time, the agency sounded a note of caution.

“At this time the NTSB needs the assistance of Tesla to decode the data the vehicle recorded,” it said in the statement, adding that the company so far has been “extremely cooperative” with investigators.

A Tesla spokeswoman said the company had no comment on its relationship with the NTSB.

The agency’s requirements that participants in investigations keep quiet about findings until an inquiry has been completed is a decades-long practice that has helped the agency maintain independence and credibility, Ted Lopatkiewicz, a former spokesman, said in an email.

“Parties releasing their own statements of cause would lead to a series of conflicting self-serving statements that would not only confuse the public but would undermine the public’s confidence that a truly independent examination of the facts is being conducted,” Lopatkiewicz said.

There’s no evidence that Tesla has withheld any information from NTSB in the California case and earlier investigations, including the 2016 collision in Florida that killed a driver who was letting the car’s technology steer when it broadsided a truck and killed him. The NTSB concluded in that case that Tesla’s technology was a contributing factor in that crash because it was too easy for drivers to let the car steer itself.

There may need to be more legal protection for the NTSB’s access to data in the newest generation of computer-driven vehicles, said Jim Hall, a former chairman of the NTSB. “You’re going to have to have some legislation to provide protection, like we do for the aviation black boxes, particularly because automobiles are going to be an equivalent to aviation in terms of technology,” Hall said.

NTSB has subpoena power to compel companies to provide data it needs. While it happens rarely, the agency has removed parties to investigations several times in recent years, including American Airlines and UPS. It is also possible to seek criminal charges for obstructing an investigation in the most extreme cases.

Maintaining the appearance of impartiality is important, Hall said.

“In this matter, where this investigation is so high-profile and so important to the future, and when you’re dealing with a company that not only is in automobiles but is also in space, this is extremely serious,” he said.