Why You Can’t Have One Without the Other

It is difficult to think of two legal concepts that have caused more confusion and headache for both courts and litigants than have contribution and subrogation. Fireman’s Fund Ins. Co. v. Maryland Cas. Co., 65 Cal. App. 4th 1279, 1291 (Cal. App. 1998).

When multiple insurers provide coverage for a single loss or accident, things can get confusing. Coinsurance can arise as a result of conscious risk-sharing or accidentally when two policies have overlapping coverage. Litigation involving who pays what, when, and in what order has become a cottage industry involving both subrogation and contribution. Understanding all the concepts and then applying them to the facts of a claim or loss is enough to make your head explode. And, that is where the duct tape comes in. If one’s head is at risk of exploding, it is best to be proactive by wrapping it with duct tape.

We’ve heard it all before. Subrogation 101 informs us that traditional subrogation is the substitution of one person for another with respect to a lawful right, claim, or security. The word “subrogation” is a late Middle English word which comes from the Latin: “sub” meaning “in place of another”, and “rogare” meaning to “ask.” Literally, it means one party asking in place of another. However, the term itself encompasses various types of loss transfer following a loss, and a working understanding of the confusing interplay between the terms subrogation, equitable contribution, and equitable subrogation is a prerequisite to graduating to Subrogation 102.

In the context of insurance, subrogation applies to all types of policies — personal and business, automobile, health, workers’ compensation, property and casualty, fidelity and surety, etc. The insurer pays a claim and then subrogates, in the name of the insured, against the party responsible for causing the loss. The purposes for subrogation are (1) it prevents a double recovery by the insured; (2) it holds the negligent party responsible even though insurance has made the insured whole; and (3) it helps to hold down insurance premiums by reducing the insured’s loss history and/or experience modifier. For every wrong there is a remedy. Our system of civil law is premised on this simple maxim — wrongdoers must pay for the damages they cause. In the insurance world, this principle is usually applied through subrogation.

Subrogation is purely derivative. An insurer entitled to subrogation is in the same position as an assignee of the insured’s claim and succeeds only to the rights of the insured. Equitable contribution, on the other hand, is the right to recover not from the party primarily liable for the loss, but from a co-obligor who shares such liability (e.g., a co-insurer) with the party seeking contribution. A right to contribution generally arises when several insurers are obligated to indemnify or defend the same loss or claim, and one insurer has paid more than its share of the loss or defended the action without any participation by the others — and it wants justice. Where multiple insurers cover the same insured and the same risk, each insurer has independent standing to assert a cause of action against its coinsurers for equitable contribution when it has defended or indemnified the common insured.

To add another layer of potential confusion, subrogation also applies outside of the world of insurance, and is applicable in the realm of mortgage lending. A person, who pays a mortgage when the original debtor fails to pay, can obtain all the rights under the doctrine of subrogation.

There are three types of subrogation:

Subrogation involves putting a third person who has paid a debt (insurance company or subrogee) in the place of the creditor to whom it has been paid (insured or subrogor), so that it can seek to recover the debt (traditionally an insurance claim payment) from the debtor (third-party tortfeasor) who was responsible for causing the loss. The subrogee steps into the shoes of the subrogor and enforces all rights and claims the subrogor may have against the debtor. The subrogation claim is also subject to any defenses the debtor may have had against the subrogor.

Contribution, on the other hand, is an insurer’s right to be reimbursed partially or fully, after paying more than its share of a loss. Understanding the distinction between subrogation and contribution requires a healthy supply of duct tape. The difference is not merely a technical nuance. There is an important practical difference as well. For example, a waiver of subrogation can effectively prevent an insurer from seeking contribution. This seemingly confuses the notion that subrogation rights are a derivation of the insurer’s rights. The industry’s conflation of contribution and subrogation also plays a significant role in the context of determining the order of coverage between primary and excess carriers. In fact, courts have said that, “It is difficult to think of two legal concepts that have caused more confusion and headache for both courts and litigants than have contribution and subrogation.” Fireman’s Fund Ins. Co. v. Maryland Cas. Co., 65 Cal. App.4th 1279, 1291 (Cal. App. 1998).

However, more duct tape is needed. To make matters even more confusing, subrogation also plays a role when multiple insurance policies cover the same loss, and one co-insurer seeks to make the other pay some or all the loss.

Subrogation applies when there is any disparity in the level of risk or the insured. Under such circumstances, the paying carrier stands in the shoes of its insured for whom it paid the loss and pursues co-insurers by way of subrogation. If subrogation applies:

If you are out of duct tape at this point, you may need to get another roll. In the context of multiple insurers covering the same loss, equitable subrogation may be available to shift the loss from one insurer who was secondarily liable to another primarily-liable insurer. The purpose of equitable subrogation is to prevent an economic windfall to a primarily-liable insurer who accepted premiums from an insured, but ultimately failed to pay a righteous claim under its policy.

This distinction between equitable contribution and equitable subrogation can be confusing, and as many insurance professionals have undoubtedly experienced some state statutes do not afford a great deal of time to have a productive back-and-forth between insurers to determine who is primarily liable. For example, Wisconsin has a Timely Payment Statute that requires insurers to promptly pay every insurance claim within 30 days of receiving notice of the loss. Wis. Stat. § 628.46. The time frame to work through these issues is often short, and in many cases, prudence dictates that a claim be paid to avoid statutory penalties or, even worse, a bad-faith claim by the insured.

n the example above, equitable contribution may not be available. While the two insurers cover the same insured and insurable interest, they do not provide coverage for the same risk. The secondary insurer’s policy only provides coverage for damage in excess of the primary insurer’s limits.

Conversely, the Court noted that the requirements for a viable equitable subrogation are separate and distinct, and require:

Understanding the role and application of equitable subrogation and equitable contribution is important, as failure to assert the proper rights early may be fatal. For example, in Privilege Underwriters Reciprocal Exch. v. The Hanover Ins. Group., 16-CV-61742, 2018 WL 477277, at *7 (S.D. Fla. Jan. 19, 2018), the court held that the plaintiff-insurer waived its claim for equitable subrogation before litigation ever began. The court noted that under Florida law, “an insurer is deemed to be a ‘volunteer’ when settling a claim on behalf of an insured, unless the insurer reserves its right to deny liability and to seek reimbursement from other insurers.” Consequently, when an insurer acts as a volunteer, it waives any claims for equitable subrogation against other insurers.

Gaining a comprehensive and working knowledge of the roles of equitable contribution and equitable subrogation is not a simple task. Adjusters, litigators, and courts alike use these terms interchangeably on a regular basis. Understanding the nuances and practical application of these terms, however, will reveal a road to recovery that was previously hidden. 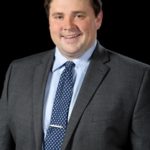 Stephen A. Smith is an insurance litigation attorney with Matthiesen, Wickert & Lehrer, S.C. His areas of practice are insurance litigation and subrogation, including auto, property, workers’ compensation, and product liability. He is licensed to practice law in Illinois, Minnesota, and Wisconsin. He can be reached at ssmith@mwl-law.com.