The Navigators Group, Inc. promoted Michael J. McKenna to chief underwriting officer for the U.S. Insurance segment. In this newly created role, McKenna will work with the U.S. Insurance divisional leaders to advance the growth and profitability of the segment’s business, including expanding the portfolio into new geographic markets and specialty products. He will continue to report to Vincent C. Tizzio, president, U.S. Insurance.

Succeeding McKenna as head of U.S. Marine is Anthony N. Plutino, a seasoned marine executive with deep market knowledge developed over the past 35 years. Plutino joins Navigators from Crum & Forster, where he served as head of U.S. Marine. Plutino was instrumental in forming and building a successful marine underwriting agency which was sold to Crum & Forster in 2014. Plutino will be based in Iselin, New Jersey. 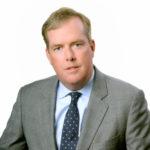 Navigators Group, Inc. is an international specialty insurance holding company with operations in the United States, the United Kingdom, Continental Europe and Asia.

Lex joins CWG with over 20 years of experience in the property casualty insurance industry and significant expertise in all aspects of distribution and underwriting management. He most recently served as senior vice president, commercial product/pricing, for a major U.S. insurer. An Iowa native, he is a Chartered Property Casualty Underwriter.

LaRocco joined Ohio-based State Auto in 2015 after leading large national insurance carriers and forming a technology startup. Since 2015, he has led the transformation of State Auto’s culture, the development of a new strategy and the rollout of a new technology platform that has delivered a significant increase in new business.