The rate of fatal crashes on privately owned aircraft in the U.S. dropped to the lowest level in 50 years in 2016.

The fatal-accident rate was less than 1 per 100,000 flight hours, the first time it has reached that level in decades, according to statistics released by the U.S. National Transportation Safety Board on Tuesday. There were 386 people killed in private-aviation accidents in 2016, compared to 631 in 1997, according to NTSB data.

Even though the total number of fatalities last year was up slightly from a year earlier, the rate of those crashes was down because private-plane usage was up. 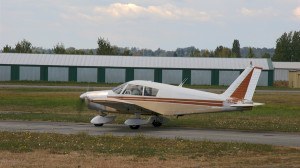 Deaths in so-called general aviation accidents have gradually decreased in recent decades, but at a far slower rate than the drop in airline accidents and fatalities. The recent declines come as the NTSB, the Federal Aviation Administration and private groups like the Aircraft Owners and Pilots Association have made concerted efforts to improve safety equipment and training.

If 2017 ends with no crashes involving a U.S. airline, it will be the eighth year in a row without a death in that segment.