Investor-funded litigation is not new but it is expanding its reach in commercial auto cases, according to experts in the field. 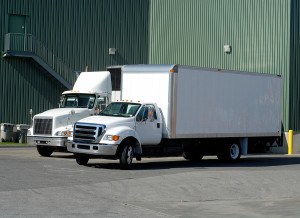 Insurance Journal was a sponsor of the summit that was hosted by eServices, a division of Energi that provides a turnkey risk management, claims and marketing technology for companies.

Though investor funded litigation has been around since ancient Greece, there’s been a noticeable uptick in its use in cases within the past 20 to 30 years, according to John Ferrante, vice president of Litigation Management for eClaims Management. Initially, it was used as a way for smaller businesses to remain a party in lawsuits with larger companies that had access to more funds.

Funding can be in the form of loans or assignments.

In some states, including Florida, it is illegal for an attorney to front money to a client, though in California, Massachusetts and Louisiana, counsel on a case can provide a loan or cash advance for a client’s living expenses. In states where it is considered legal and ethical, the attorney is considered an investor in the case.

In California and some other states, doctors can be investors as well and they do so by agreeing to take less money than billed, panelists said.

Nick Gristina, a partner in the New Orleans office of Porteous, Hainkel & Johnson LLP, said that one company, Oasis Financial, is a well-known provider of cash advances in Louisiana. The plaintiff completes an application and pays a fee for the firm to review the case. A representative of Oasis will call and speak with his or her counsel and if they deem the case viable they will provide a cash advance.

Another firm, Diagnostic Management Affiliates (DMA), located in Louisiana, acts as an HMO or PPO insurer. It coordinates medical visits and funds the case with the stipulation that plaintiff counsel pays the high interest loan back within two years or upon settlement.

According to Timon Sullivan, a trial attorney with Ogden & Sullivan, P.A., in the state of Florida, if a doctor agrees to take a letter of protection from a lawyer in order to bill a certain amount and the attorney agrees to pay that amount, that fact can be used to impeach the doctor’s testimony at trial.

Jonathan Colman, a principal and managing partner at Colman Law Group who practices in both Nevada and California, said that it is legal to crowdfund to litigate one’s own case. But he said this brings up ethical questions, including: is there a duty to pay back the plaintiff first or should the investors be paid before the plaintiff?

Colman said there is also the question of conflict since investors are not to play a role in the decision-making behind case handling.

Gristina said that in Louisiana, although the investor must be passive and can’t be involved in settlement discussions, there is still tacit control or influence on the claim.

Another concern around these funding schemes is whether counsel is breaking privileged communications by providing case information to investors. If a confidentiality agreement is signed by a client, then he or she is the holder of privilege.

Gristina said he knows lawyers who won’t take cases tied to litigation financing because they are harder to settle. There’s no incentive to settle when there’s an investor backing a plaintiff in a case and because they aren’t present it can make it impossible to settle.

Others agreed. “Funding companies have no incentive to take any less,” Sullivan said.

At the same time, some judges believe litigation financing “levels the playing field,” according to Gristina.

Sullivan recommended defense counsel make sure the funding company is a designated a party of interest, so it must attend mediation.

Sullivan cited a Florida commercial auto case that was investor funded. Due to the funding he received, the plaintiff’s Social Security benefits were cut off, forcing him to file an appeal. Sullivan obtained the name of the litigation financing company as well as gained access to the funding agreement through the Social Security appeal documents.

Funding company information isn’t usually disclosed but in northern California, a new rule says that if investor funding is involved, it has to be disclosed on class action lawsuits.