Paradigm Outcomes, a provider of catastrophic and complex care management solutions, recently announced the appointment of John Watts Jr. to chief executive officer position. Watts, who will retain his position on the Board of Directors, will lead the company’s strategic expansion. Jim Hudak, who has served as Paradigm’s CEO since 2011, will become executive chairman, thereby implementing a designed succession plan.

Since leaving Anthem, Watts served as executive chairman of several venture or private equity backed companies including Healthplan Holdings, International Medical Group, Implantable Provider Group and MdDatacor. He also served as a managing director of CCI, a specialty consulting firm that works with McKinsey & Company to manage peer to peer forums for CEOs and their direct reports in healthcare and technology. Watts has also served on the boards of CareCentrix and Metcare, Blue Cross and Blue Shield of Minnesota and CDx Holdings.

The Hartford, a workers’ compensation and group disability insurer, appointed Dr. Adam Seidner, MD, MPH, to the role of chief medical officer. Reporting to John Kinney, the company’s chief claims officer, Seidner will be responsible for leading The Hartford’s medical strategy and policy across all lines of business with a particular focus on workers’ compensation and disability management. 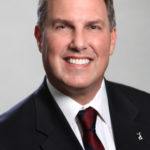 Seidner will lead the company’s efforts in medical innovation, training and programs. This includes The Hartford’s opioid management strategy and the development and expansion of unique programs like iRECOVER, the company’s coaching program that uses data to identify claimants at risk of delayed recovery and helps to get them back on track. Through the use of data and analytics, a drug review program and offering alternatives to opioids for pain management, The Hartford has reduced the use of opioids among its workers’ compensation claimants by almost 40 percent since 2015.

Previously, Seidner was global medical director for Travelers Insurance, where he was responsible for medical policy development, quality assurance and improvement and worksite health promotion. Prior to joining Travelers, he was owner and chief health advisor at Medical Meetinghouse.

Seidner earned a doctor of medicine degree from SUNY Health Science Center, a master’s degree in public health from the University of Connecticut, and an A.B. in Anthropology from Hamilton College. He is board certified by the American Board of Family Practice and the Board of Preventative Medicine: Occupational and Environmental Medicine.

With over 15 years of industry-related insurance and reinsurance experience combined, both Wilmot and Wizner bring an extensive background to Safety National Re, including a particular focus in the underwriting of medical and non-medical professional liability treaty reinsurance business.

In their new capacity with Safety National Re, Wilmot and Wizner will be responsible for the production and underwriting of broker market professional liability treaty reinsurance opportunities.

Both will be based out of New York.

Townsend has over 25 years of experience in the insurance industry. He previously served as president of MetLife’s Asia region, with responsibility for all businesses and operations across 11 markets in Asia, and as a member of the company’s Executive Group. He joined MetLife from AIG, where he held senior roles with increasing responsibility based out of London, New York, Singapore, Sydney and Hong Kong. From 2010 to 2012, Townsend was chief executive officer of AIG’s Asia Pacific region, with oversight of 15 countries, and helped drive capital optimization, cost efficiency and above average returns on equity. He serves on the Board of the Japan Society and holds a number of advisory positions, including as Advisor to the Asia Society, Vice Chairman of the U.S.-Korea Business Council, and a member of the international advisory council to the Guangdong Government. He is a Chartered Insurer.