Much of the U.S. should expect another warm winter, but not quite as toasty as the last two years, forecasters said. 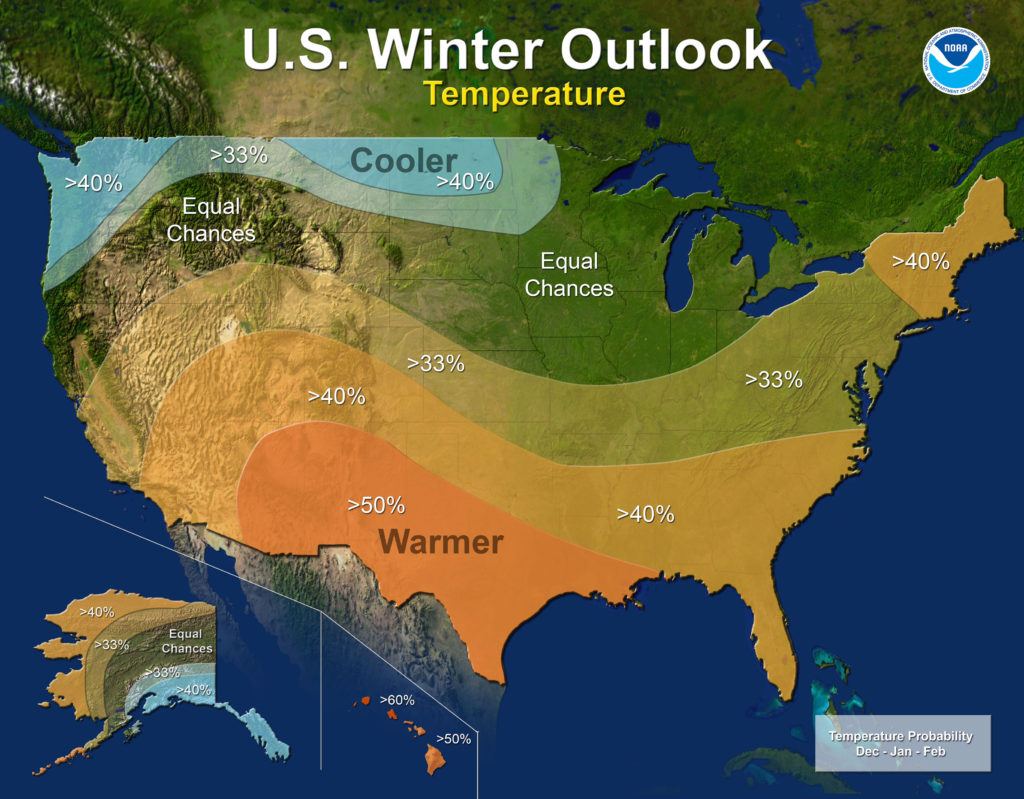 The National Oceanic and Atmospheric Administration on Thursday forecast a warmer winter from California through the Midwest to Maine. A colder than normal winter is predicted for southern Alaska, the Pacific Northwest and the Northern Tier states. Normal temperatures are forecast for a thin swath of states from Indiana to Idaho.

The big driver in the forecast is a La Nina weather event that is likely to develop next month. La Nina, the flip side of El Nino, is the periodic cooling of the central Pacific Ocean that affects weather patterns around the globe.

There was a La Nina for the early part of last winter. The 2015-2016 winter was record warm, about 4.55 degrees hotter than normal.

Mike Halpert, deputy director of NOAA’s Climate Prediction Center, said it would be surprising if this winter is as warm. 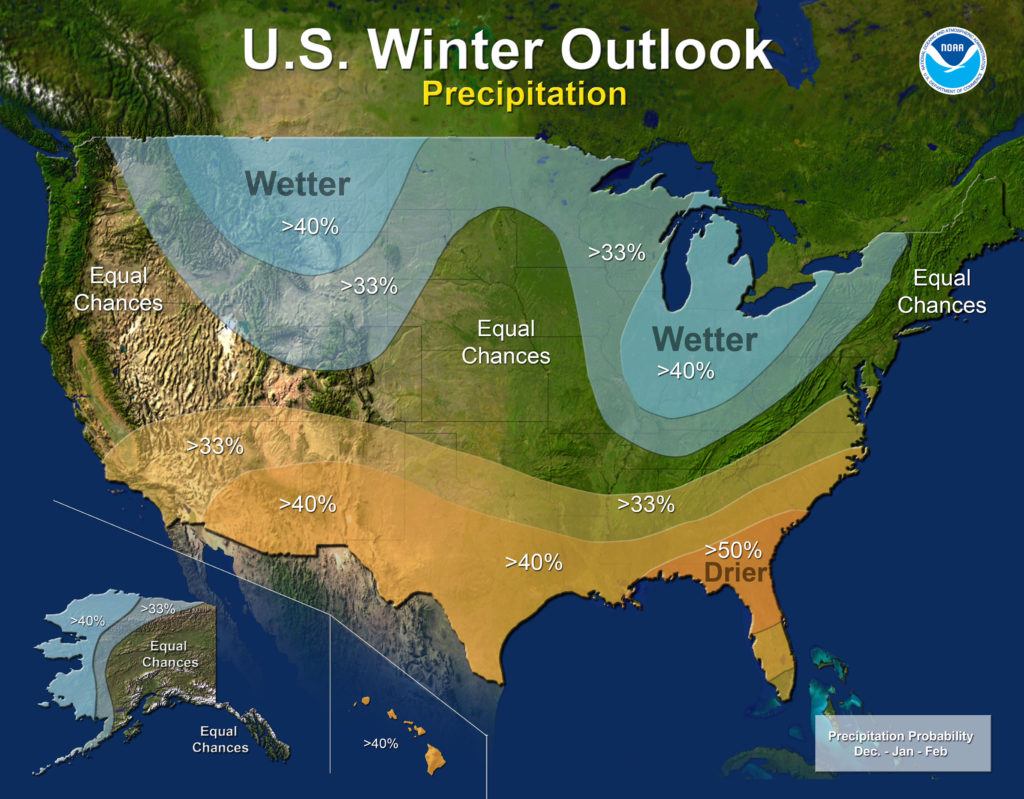 Halpert said the southern U.S. is likely to be drier than normal, while the north from eastern Washington through the Great Lakes to update New York is likely to be wetter.

NOAA’s winter outlook doesn’t forecast snow or specific storms, but La Ninas tend to favor more storms coming from the west and north than from the Gulf of Mexico or the East Coast, he said.

The private weather firm AccuWeather – whose chief executive officer was just nominated to head NOAA – forecasts a quite colder, wilder winter. The company predicts a chilly winter with snow and ice from the Northeast to the Great Lakes with “Arctic cold blasts” in the Great Plains. It also predicts a milder and drier winter than last year for the Southern Plains, Southwest and California.