Taking a claimant’s recorded statement is often a required portion of your claims investigation process, and for good reason. The statement may impact your decision to accept or deny a claim, as it usually provides valuable information regarding the mechanism of injury, witnesses, medical providers, pre-existing conditions, any prior claims and the claimant’s current activities. More often than not, we do not have the benefit of an eyewitness or video of an alleged accident and, unfortunately, we are left with the claimant as our primary source of information. When a statement is obtained early in a claim, you can capitalize on the fact the claimant is less likely to be tainted by outside influences such as secondary gain or adverse counsel. Therefore, in this small window of time, you have an opportunity to develop legal defenses by locking down his position on the potential issues for litigation, including the date, time and place of the accident as well as any witnesses and the specific body parts involved. As time elapses, memories fade, witnesses disappear, evidence can be lost and if his statement is not taken for several months or even years after the accident, the claimant may be “excused” by an administrative law judge for having a less-than-clear recollection of the events. Thus, we want to provide a roadmap for taking a thorough and effective statement when the first opportunity presents itself.

There are several stories in each claim: the employer’s story, the doctor’s story, the claimant’s story and, of course, your story. Each story is usually different. Prior to any recording, and with this in mind, your first step should be to secure as much information as possible from the employer, any witnesses, medical providers and the claimant, as it will impact your approach to the statement once you are on the record. Think of possible defenses and what you could need in order to substantiate them. To that end, our preparation for any recorded statement should include a written “outline” of each topic you wish to discuss. Take advantage of your defense attorneys, as we are happy to provide an outline for your specific needs. While the basic premise and questions will typically be similar, you will want to have more tailored questions for a car accident versus a slip and fall injury, for example. However, even with a carefully constructed outline, approach the statement like a conversation and, like any conversation, we cannot always predict the direction it will take so we need to anticipate unpredictability. Therefore, do not be afraid to “go off script” as follow-up questions can often lead to significant information. Patience is a virtue when taking statements, and typically a line of questioning that sounds more like a conversation rather than a series of rushed questions from a script will yield far superior results.

At this point, you should be attempting to build a relationship with the claimant. It only makes sense and it is human nature that individuals want to be heard, appreciated and understood when telling their story. Attempt to empathize with the claimant and give positive feedback to keep the story going. For example, when the claimant is describing the injury, you will encourage a more detailed description and substantive dialogue if he or she feel validated by reactions such as “I understand that injury must have hurt, please go on…” and “Now I realize why you feel frustrated, what happened next?” Again, show empathy and listen, listen, listen to what is being said and react accordingly, rather than merely reading from the outline and moving quickly to the next section. There is nothing wrong with silence and allowing the claimant some time to fully elaborate their story. If given the opportunity, the claimant’s narrative can be as compelling and in-depth as a novelist’s. Your goal is to keep those creative juices flowing and help turn them into the Shakespeare of workers’ compensation.

By the same token, know when you have enough information; too many questions can lead to suspicion, loss of rapport, a termination of the conversation and it could even push the claimant to initiate litigation. Also, as a word of caution, do not forget what you say is also being recorded and conduct yourself accordingly. If exchanged in the discovery process or utilized at trial, a copy of the entire statement will be scrutinized closely by opposing counsel and the administrative law judge. Indeed, unless you are a witness at the trial, this may be your only opportunity to make an impression before the administrative law judge. Thus, you will want to be likeable, credible, avoid giving the appearance you are somehow bullying the claimant, and do not commit to any legal position you are not prepared to defend down the road (i.e. do not make a promise you do not intend to keep).

Often, a claimant may question whether taking a recorded statement is “legal.” In Georgia, the legal authority governing recorded statements is found in O.C.G.A. §§ 16-11-62 and 16-11-66. While the statutes recognize and protect an individual’s right to privacy and generally prohibit recording audio or video of an individual in private places where there is an expectation of privacy, the statutes do not prohibit an active party to the conversation from recording it, even in a private setting and without the other party’s knowledge or consent. In addition to the statutes, there is ample and instructive case law on this issue, including Malone v. State, Fetty v. State, and Mitchell v. State.

However, from a commonsense perspective it is not always good practice to covertly record your conversations with a claimant.Undisclosed recordings are disfavored by the board, are looked upon very suspiciously, and could even backfire if the administrative law judge thinks you are not “playing fair” and attempting to take advantage of an unsophisticated or uninformed claimant. On the other hand, a fully-disclosed and voluntary statement will carry more weight, and help prevent subsequent arguments from the claimant and his attorney that he was somehow coerced or inaccurate. As an example, think about statements in the context of a criminal proceeding. If an accused is read and acknowledges his Miranda rights and then “voluntarily, knowingly and intelligently” provides a confession, the confession is usually admissible and it is exceedingly difficult to later disavow the information provided, as indicated in the landmark case Miranda v. Arizona. In the same way, if you disclose your intent to record your conversation with the claimant and he voluntarily agrees to participate and provide his statement, the Board is more likely to allow you to use it against him down the road and when you need it the most. Thus, while technically you may be able to obtain an undisclosed statement from the claimant under O.C.G.A. § 16-11-66(a), the best practice is to first obtain his consent on the record. At the outset of your conversation, ask the claimant to repeat his full name, date of birth, address and confirm his consent to provide a recorded statement. Moreover, as we discussed, your voice on the recording may be your only opportunity to make a personal impression with the administrative law judge and you want to put your best foot forward by being honest and fair.

Taking these in turn, O.C.G.A. § 24-8-801(d)(1)(A) (“Prior Statement by Witness”), states “An out-of-court statement shall not be hearsay if the declarant testifies at the trial or hearing, is subject to cross-examination concerning the statement, and the statement is admissible as a prior inconsistent statement or a prior consistent statement under Code Section 24-6-613, the law covering “prior statement of witness.” or is otherwise admissible under this chapter.” Of course, in the vast majority of hearings the claimant will be called as a witness by defense counsel to testify under cross-examination and, if possible, our intention will be to utilize any recorded statement to impeach his credibility if it is inconsistent with his prior testimony on direct examination (i.e. your recorded statement will qualify for admission as a “prior inconsistent statement.”). Depending on the extent of the claimant’s inconsistencies, your recorded statement could provide very damning evidence and torpedo his credibility, pursuant to the provisions of O.C.G.A. § 24-6-621, “A witness may be impeached by disproving the facts testified to by the witness.”

Similarly, recorded statements may also be admissible under O.C.G.A. § 24-8-801(d)(2)(A) (“Admissions by party-opponent”). This statute states, “Admissions shall not be excluded by the hearsay rule. An admission is a statement offered against a party which is: (A) The party’s own statement, in either an individual or representative capacity.” As a claimant is always a “party” to his own workers’ compensation claim, his prior statement is typically admissible under this code section.

Finally, in addition to the code sections discussed above, we are able to argue for the admissibility of a recorded statement under the “catch all” provision of O.C.G.A. § 24-8-807. This statute states:

“A statement not specifically covered by any law but having equivalent circumstantial guarantees of trustworthiness shall not be excluded by the hearsay rule, if the court determines that: (1) The statement is offered as evidence of a material fact; (2) The statement is more probative on the point for which it is offered than any other evidence which the proponent can procure through reasonable efforts; and (3) The general purposes of the rules of evidence and the interests of justice will best be served by admission of the statement into evidence. However, a statement may not be admitted under this Code section unless the proponent of it makes known to the adverse party, sufficiently in advance of the trial or hearing to provide the adverse party with a fair opportunity to prepare to meet it, the proponent’s intention to offer the statement and the particulars of it, including the name and address of the declarant.”

Again, if we can obtain a recorded statement from the claimant that includes his self-identification via name, address, date of birth and acknowledgement of the recording, arguing for admissibility will be exceedingly easier. Additionally, the sound of the claimant’s voice itself can often be unmistakable and act as a verbal “fingerprint” that will satisfy any concerns for “trustworthiness” of the source under O.C.G.A. § 24-8-807. (For several illustrative cases on admissibility of prior recorded statements, see Carter v. State, Howard v. State, Glover v. Grogan and Crosby v. Cooper Tire & Rubber Co.)

As an aside, just as recorded statements may be utilized at trial to undermine a claimant’s credibility, a claimant’s statement may be forwarded to a treating physician for that same purpose if you believe he is providing inaccurate or incomplete information to the physician. This scenario arises most often when a physician’s understanding of the mechanism of injury or alleged body parts involved does not match the description you obtained in the claimant’s initial statement. We do not like to feel manipulated or cheated, and physicians tend to be upset when they feel their trust has been violated. Thus, akin to providing surveillance video to a physician, a good recorded statement could function in the same manner and result in a favorable medical report.

Taking an effective recorded statement presents unique challenges, but with the right mindset and preparation it can transform your claim. Not only may a recorded statement be utilized against a claimant at trial, it is your first and best opportunity to develop defenses, shape the direction of the litigation and showcase your experience and talents as an interviewer. This is one of the most challenging and interesting parts of your claim, and essentially our first chance to cross-examine the claimant. 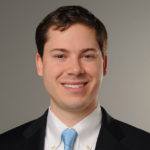 Brad Holcombe is a partner at Swift Currie McGhee & Hiers, LLP (Atlanta) where he concentrates his practice on workers’ compensation defense.