Following hurricanes Harvey and Irma, the Property Casualty Insurers Association of America (PCI) is encouraging Americans to increase their commitment to natural disaster preparation. A poll taken prior to the storms found that fewer than one quarter of Americans have taken the following steps to be prepared: creating a disaster response plan (22%), conducting a home inventory (18%) or taking action to reduce the amount of damage their property may experience when severe weather occurs (23%), despite three quarters of Americans (72%) thinking natural disasters are occurring more often than ever before.

“Our thoughts are with the individuals and communities recovering from Harvey and Irma,” said Chris Hackett, senior director – personal lines policy for PCI. “The insurance industry is focused on helping the affected residents get their lives in order and serving as a catalyst for rebuilding. However, Harvey and Irma serve as a wakeup call to the entire nation on the importance of natural disaster preparation. Our poll revealed that many people may be overestimating their preparedness for natural disasters based on actual steps they are taking to be ready.” 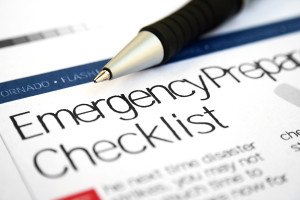 The survey conducted online within the United States by Harris Poll on behalf of PCI between August 10-14, 2017 among 2,023 adults ages 18 and older found that more than 3 in 5 Americans (61%) say they are prepared for natural disasters or severe weather. Additionally, 71 percent of Americans say they have enough insurance to cover their losses from natural disasters or severe weather. However, only 28 percent have conducted an annual insurance check up to make sure they are adequately covered and only 15 percent have talked with their agent or insurer about additional coverages such as flood insurance.

“This gap in preparedness could be the difference in how smooth your recovery will be in the aftermath of a storm or other natural disaster,” said Hackett. “The best way to reduce the chance you’re surprised if you sustain damage due to a severe weather event or natural disaster, is to talk with your insurance agent or company each year to go over your coverage. As Harvey and Irma demonstrated, flooding often accompanies natural disasters. However, our poll found that only 11 percent of Americans have this coverage. An insurance agent can assist consumers in purchasing this vital protection.”

Through their homes, most Americans have a large portion of their personal net worth exposed to catastrophic loss, which makes planning financially for the possibility of disaster critical. Nevertheless, a shocking one-third of Americans (33%) admit that they have done nothing to financially prepare for a natural disaster. Less than half of Americans (44%) say they have maintained adequate savings or have cash on hand to meet short term expenses that arise following a natural disaster.

“Insurance is the foundation for keeping a family’s economic safety net strong,” said Hackett. “There are a few simple steps people can take in advance of a natural disaster to make the recovery process easier. We encourage consumers to know the severe weather and emergency warning signals used in their community and be prepared to take cover when alerted. Maintaining an emergency supply kit with a radio, flashlight, batteries and first-aid items is the first step in preparation. Other steps include conducting drills with your family and ensuring that your property is adequately insured.”