Tim Ryan has been promoted to president, Specialty Casualty. In his new role, he will be responsible for strategy and execution of Navigators’ Specialty Casualty product offerings in the wholesale market space. 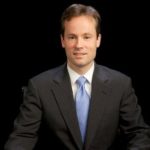 Ryan, who joined Navigators in July 2013, previously served as president of the Excess Casualty division, leading the growth of a successful portfolio and managing a highly productive underwriting team.

He will continue to report to Jeff Saunders, president, Navigators Specialty.

Hovick has served as the executive vice president and COO since 2011. In his position as COO, he oversees 21 profit centers, including 16 EMC branch offices, which are integral to the company’s business model.

Fato is currently managing director, head of the Americas and General Counsel at the global investigations firm Nardello & Co. Earlier in her career, she served as vice president, Deputy General Counsel and Corporate Secretary at Marsh & McLennan Companies.

At AIG, Fato will oversee the Global Legal, Compliance, Regulatory and Government Affairs function, and will report to AIG President and Chief Executive Officer Brian Duperreault. She will also serve as a member of AIG’s Executive Leadership Team, and will participate in all strategic and policy decisions affecting the company’s operations. She succeeds Peter Solmssen, who has served as AIG’s General Counsel since 2016 and is returning to retirement.

At Nardello & Co., Fato has overseen the firm’s North American and South American practices in addition to acting as the firm’s global General Counsel. She will continue to serve the firm in an advisory capacity.

Prior to Nardello & Co. and after MMC, she was executive vice president and general counsel of McGraw Hill Financial (now known as S&P Global). Fato began her legal career in 1991 at the law firm Davis Polk & Wardwell, where she spent 14 years, including five as a partner in the capital markets group.

She received her J.D. from the University of Pittsburgh School of Law and is admitted to the State Bars of New York and California.