They succeed Greg Olson, who built the company’s presence on the west coast as the Seattle office’s first employee. He recently retired from the company after 30 years with Navigators. 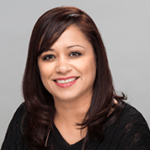 In this newly created function, DeLaCruz will lead company culture initiatives, diversity and inclusion strategies, employee communications and change management at CSAA Insurance Group. DeLaCruz joined the company in 2003 and has worked in various human resources consulting and management roles. Most recently, she served as the company’s human resources consulting and diversity executive, where she played an instrumental role in creating an award-winning supplier diversity program, establishing new employee resource groups, increasing membership within the company’s diversity and inclusion teams by more than 50 percent, and delivering best-in-class diversity and inclusion index scores. She also led the execution, change management and communication efforts for numerous company mergers, acquisitions and startup operations.

DeLaCruz has more than a decade of experience in human resources and previously held leadership positions at MCI Communications, Dwight Halverson Insurance and Outsourcing Solutions Inc. She is also a member of CSAA Insurance Group’s Women’s Professional Network and Regional Diversity Council at the company’s headquarters in Walnut Creek.

AXIS Re, a business segment of AXIS Capital Holdings Limited, appointed Neil Monahan senior vice president, Professional Liability. He will be responsible for leading AXIS Re’s Professional Liability reinsurance underwriting business in the U.S. and will report to Jon Colello, president and chief underwriting officer, U.S., AXIS Re. He will be based out of AXIS’ New York office.

Monahan joins AXIS with more than 30 years of (re)insurance industry experience. Prior to AXIS, he was head of Broker Relations, Professional Liability Lines, at Swiss Re. He began his (re)insurance career at Cigna Special Risk Facilities and later held senior underwriting roles at Reliance National and PMA Re.

Monahan is a Chartered Property and Casualty Underwriter and is a member of the Professional Liability Underwriting Society.