Chubb announced several new leadership appointments within its Global Casualty and Excess Casualty lines of business for its North America Major Accounts division, which serves large U.S.- and Canadian-based companies requiring risk management solutions for some of the most complex global risks. The following appointments are effective immediately:

As executive vice president, Rabl will lead Chubb’s Global Casualty business unit. In this new expanded role, he will have overall responsibility and oversight of the day-to-day operations for Chubb’s full range of global primary casualty coverage offerings and service solutions for U.S. and Canadian domiciled large national and multinational companies.

Rabl joined ACE in 2002 and previously served as chief operating officer for Chubb’s Global Casualty business. He will report to Matt Merna, chief operating officer, North America Major Accounts and will be based in New York City, N.Y. He holds the Associate in Risk Management (ARM) professional designation.

Based in New York City, Capparelli will report to Rabl. He holds the Associate in Risk Management (ARM) professional designation.

In his expanded new role, Hazelton will oversee Chubb’s Excess Casualty business operations. He will continue to lead and retain current responsibilities for Chubb’s Construction Industry Practice, Environmental and Primary and Excess Construction lines of business. Reporting to Chris Maleno, he will be based in New York City.

Reporting to Hazelton will be Fobert, who will lead and handle all day-to-day management and field operations for Chubb’s Excess Casualty business unit. All excess casualty underwriting segments will report to Fobert, who will be based in New York City. He holds both the Chartered Property Casualty Underwriter (CPCU) and Associate in Risk Management (ARM) designations.

A seasoned business development executive, Evans provides more than 25 years of direct automotive refinish distribution and key account development and management ― including large MSOs across the U.S. and Canada.

CCG now operates in 22 states and is quickly expanding beyond 135 locations, with an average of 8 OE certification badges per repair center.

GEICO, a member of the Berkshire Hathaway family of companies, recently named Angela Rinella vice president of claims operations at its corporate headquarters in Chevy Chase, Md. Rinella will oversee all of GEICO’s claims operations. 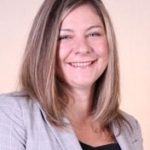 Rinella began her GEICO career in 2002, as a telephone claims representative in Woodbury, N.Y., and was part of the team that opened GEICO’s regional center in Buffalo, N.Y., in 2004. She helped established the Buffalo claims department in 2005, and served in several management capacities.

In 2010, Rinella became regional liability director in Lakeland, Fla. For the past three years, she has served as assistant vice president of claims in GEICO’s Fredericksburg, Va., regional office. 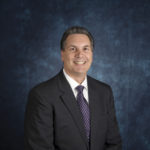 Quagliato started his GEICO career in 1985, at the company’s corporate office in Chevy Chase, Md., as a telephone claims adjuster. He became a continuing unit examiner and went on to earn a law degree from the George Mason University School of Law.

After joining GEICO’s staff counsel, he was promoted to senior trial attorney in 1997. Transferring to claims home office in 1999, Quagliato held numerous positions including claims attorney and senior claims attorney, before being elected as an officer to the company in 2009.