Some may have noticed that many “no smoking” signs now include “no e-cigarettes.” A new trend, e-cigarettes are small devices that often look like conventional cigarettes. But that’s not smoke people are exhaling—it’s vapor. E-cigarettes, also known as “vapes,” have become increasingly popular with both smokers and nonsmokers alike, likely due to a perception the devices may be less harmful than conventional cigarettes. But what potential risks do these devices pose? Insurers should consider a range of potential risks connected to e-cigarettes that include latent bodily injury risks, as well as fire and explosion hazards that could entail property damage and bodily injury risks. 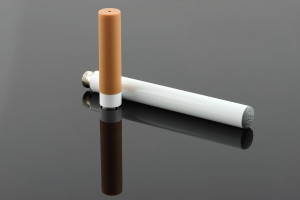 The U.S. Food and Drug Administration (FDA) defines e-cigarettes as battery-powered devices designed to vaporize liquids (“e-liquids”) often containing nicotine, flavorings and other chemicals. There are currently hundreds of different makes and models, and thousands of e-liquid flavorings, ranging from traditional tobacco flavors to French vanilla. The U.S. Centers for Disease Control estimates that 3.7 percent of American adults used e-cigarettes in 2014.

Some have argued that e-cigarettes are less harmful than smoking conventional cigarettes—and that they can be used as an effective way to help users quit smoking. In 2015, the United Kingdom’s Public Health England published a study that found e-cigarettes may be 95-percent less dangerous to human health than smoking tobacco. The U.K.’s Royal College of Physicians subsequently recommended that e-cigarettes be used specifically as smoking cessation devices. While the researchers acknowledged that all potential health effects of vaping aren’t known, they argued the potential health threat from such devices is lower than from cigarettes.

This February, Reuters reported that a study led by University College London researchers found that e-cigarettes are “far safer and less toxic than smoking conventional tobacco cigarettes.” Per the Reuters article, the study examined toxin levels in saliva and urine from smokers and e-cigarette users. Smokers who had switched to e-cigarettes reportedly exhibited “significantly lower levels of toxic chemicals and carcinogens compared to people who continued to smoke tobacco cigarettes.” But wait: mention of “toxic chemicals” and “carcinogens”? Yes, researchers have found evidence of toxic chemicals and carcinogens being released by certain vaporized e-liquids. There have been concerns reported that this exposure could pose long-term health risks to e-cigarette users.

For example, a 2014 study found that nearly 75 percent of 159 e-liquid samples contained concentrations of diacetyl and acetyl propionyl, both chemicals that have been associated, when inhaled, with respiratory diseases. Among those diseases is bronchiolitis obliterans, known colloquially as “popcorn lung,” a condition that has been linked to long-term diacetyl exposures among workers employed in manufacturing microwave popcorn and flavorings. While noting the median exposure to these chemicals was significantly lower than that associated with cigarette smoking, the study nonetheless found that nearly half of the liquids containing the chemicals exposed users to concentrations higher than current safety limits for occupational exposure.

One widely reported Harvard University study published in 2015 echoed these findings. The study found that 39 of 51 e-cigarette flavors tested contained diacetyl. Other studies have also found evidence of potentially toxic and carcinogenic substances released when e-juices are vaporized, including benzene, formaldehyde, benzaldehyde, cadmium, isoprene and acetone. A study published in June even found evidence that exposure to chemicals in the vapor could potentially cause as much damage to DNA as that associated with cigarettes.

Limited evidence also shows that “secondhand vaping” may potentially expose bystanders to chemicals in e-cigarette vapor. A 2014 study found some evidence that indoor e-cigarette use may worsen surrounding air quality with ultrafine particles and other potentially carcinogenic hydrocarbons. Even so, one toxicologist was subsequently quoted as saying that e-cigarette vapor may be less hazardous than cigarette smoke to third parties, containing fewer carcinogens and at lower levels.

It remains unclear what long-term health risks exist from extended e-cigarette use—and whether these risks could manifest as bodily injuries. As one chemistry professor has been quoted as saying, “all of this toxicology is a very, very crude science.”

Nonetheless, the US Food and Drug Administration (FDA) has taken action to regulate e-cigarettes as tobacco products. In 2016, the agency finalized its rule regulating the “manufacture, import, packaging, labeling, advertising, promotion, sale, and distribution” of e-cigarettes. These regulations would also require FDA approval for new e-cigarette products and that manufacturers of such products meet a public health standard. The FDA also regulates the marketing of e-cigarettes for therapeutic and smoking cessation purposes.

But inhalation isn’t the only potential risk associated with e-cigarettes. Fire hazards associated with traditional smoking are also well known. According to the National Fire Protection Association’s “Latest Estimates of Home Fires Started by Smoking Materials, 2014”, more than 17,000 home structure fires within the U.S. were estimated to have started by smoking materials, including cigarettes, pipes and cigars.

In addition, e-cigarettes may pose potential fire and explosion hazards. A report published last year found that, between 2009 and the second quarter of 2015, a total of 92 reported incidents involved overheating and explosions of e-cigarette batteries—as well as fires while the e-cigarettes are in use, with some incidents resulting in life-threatening injury, disability and major property damage. The report also noted there is currently no comprehensive reporting mechanism for e-cigarette fires and explosions.

As a result, there have been lawsuits alleging damages from e-cigarette explosions. In 2015, the first reported e-cigarette explosion lawsuit to be tried in the United States concluded with a $1.9 million award. The case in question involved a woman who suffered second-degree burns from an exploding e-cigarette battery. She successfully sued the e-cigarette distributor, a wholesaler and the store that sold the device.

Regulators have also taken action to mitigate potential impacts of exploding e-cigarettes. Of particular concern are e-cigarettes exploding or catching fire on commercial flights. In 2015, the U.S. Federal Aviation Administration reportedly recommended that airlines require passengers keep e-cigarettes and related equipment only in aircraft storage bins. In March 2016, the U.S. Department of Transportation (DOT) banned the use of e-cigarettes in all commercial flights of both domestic and those foreign carriers that operate in, to, and from the U.S. In May 2016, DOT then released its final rules prohibiting passengers from charging e-cigarettes aboard aircraft.

In sum, e-cigarettes may not be as harmless as they appear. They can cause latent bodily injury and harm through chemical exposures. They can also cause immediate property damage and bodily injury through overheating, explosions, and fires. As e-cigarettes grow more popular, properly addressing these risks becomes ever more pressing.