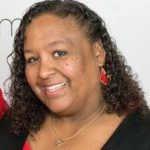 Green-Hinojosa joined Texas Mutual in 1995 in the premium audit department and has served in a variety of roles including premium audit processor, software support specialist, project leader and quality assurance manager. In her most recent role as information technology (IT) senior manager, her accomplishments included forming a formal Q&A testing department and leading the development of a standard Q&A testing methodology.

Scott joined Texas Mutual in 1996 and has been a member of the investments team since 1999. Over the past two decades, he has served in a variety of positions including financial analyst, business analyst and investment analyst. His most recent role was as senior manager of investments. 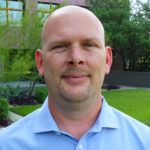 Hartman brings nearly 15 years of management experience spanning strategy, operations and business development. He has been a senior leader within AXIS Insurance since joining the organization in November 2015. He will report to Peter Wilson, CEO of AXIS Insurance, and will be based out of AXIS’ New York office.

Prior to AXIS, Hartman was a partner at McKinsey & Company, where he led the Pittsburgh office for five years and was a member of the firm’s Insurance Practice. During his more than 11 years at McKinsey, he counseled leading P&C insurance companies and their executive teams on corporate and business unit strategy, including distribution, underwriting, marketing, operations and claims.

In a separate announcement, the insurer announced the appointment of Marc Nance to executive vice president, Excess & Surplus Property. Nance is responsible for growing and managing AXIS Insurance’s E&S Property business in the U.S., including further diversifying the E&S Property portfolio and developing its strategic broker relationships. He replaces the recently retired Chris Endsley, and reports directly to Carlton Maner, CEO of the U.S. Division for AXIS Insurance. Nance is based out of AXIS’ Chicago office.

Nance, who has 40 years of experience in the insurance industry, is one of AXIS’ longest-tenured employees, having joined the Company in January 2003 following its acquisition of Combined Specialty Insurance Company. He previously served as executive vice president, U.S. Property, after having joined AXIS as a senior vice president, E&S Property. He began his career at The Hartford, and also held various management-level retail and commercial property insurance roles at Lexington Insurance Company (now part of AIG), AIG and Chubb.