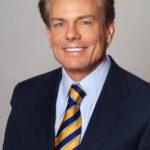 Paiano has served as corporate treasurer since 2010, a role in which he oversees capital and liquidity management, corporate banking and treasury operations.

Rupp joined The Hartford in November 2011. His extensive background in financial services, law and government, as well as his knowledge of best practices in enterprise risk management, made him a recognized leader in the industry. Rupp has advanced the company’s risk management function, garnering rating agency upgrades for risk controls. He was instrumental in the company winning an award for Best Governance, Risk, and Compliance Program at a large-cap company by the New York Stock Exchange Governance Services, and recognition from the Global CRO Council, as well as a Military Friendly Employer designation from Military Times. Rupp was a member of the Financial Services Roundtable CRO committee. He was named CRO of the year by Risk Magazine in 2015.

Rupp will remain a risk-management advisor to Swift through Dec. 31.

Cohen joins Snapsheet from CNA Insurance where he spent the past five years as vice president of worldwide field operations. Previously, Cohen was vice president of strategic initiatives at Travelers Insurance, and prior to that he worked with a variety of insurance clients in his role at Diamond Management & Technology Consultants implementing growth and operational improvement strategies.

Gerard “Jerry” Butler has been appointed senior vice president, Chubb Group, Division President, North America Insurance. In his new role, he will have responsibility for the field organization in North America, which includes 48 offices in the United States and Canada. He also will be responsible for executing Chubb’s North American business strategies locally by delivering a full complement of capabilities and services to the company’s agent and broker distribution partners and managing these important long-term business relationships. 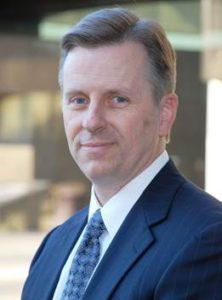 Butler, with more than 34 years of experience, including 26 years at Chubb, most recently served as chief operating officer, North America Field Operations. Prior to the ACE acquisition of Chubb in January 2016, he served as executive vice president and U.S. field territory operations manager for Chubb.

Butler succeeds Harold Morrison who, after a distinguished 33-year career in the insurance industry, will retire at the end of the year. Morrison joined The Chubb Corporation in 1984 and during the course of his career has held a number of managerial and leadership positions for the company. Prior to the acquisition, Morrison was executive vice president of The Chubb Corporation and served as chief global field officer and chief administrative officer, responsible for the company’s global field organization, worldwide human resources and the company’s administrative areas.

Through the remainder of the year, Morrison will work with Chubb’s Overseas General Insurance Division providing strategic direction for the development of underwriting and distribution structures and processes to best serve its expansion into the commercial middle market segment in Asia, Latin America and Europe. This work will include ensuring appropriate organizational structures, distribution and product strategies, service capabilities, and technology solutions.

Updyke is a 26-year insurance professional, most recently serving as executive vice president, Northeast and Mid-Atlantic Regional Manager for Chubb’s Commercial Insurance unit. Prior to the acquisition, he was the Northeast Region chief operating officer.