MEMIC names Bourque as next President/CEO

Michael P. Bourque has been named president and CEO of The MEMIC Group to replace John T. Leonard who is retiring later this year.

Bourque, who has worked for the company for nearly 22 years, has been serving under Leonard in the role of senior vice president, External Affairs.

Leonard, who was hired in February of 1993 to lead the then-fledgling company, announced in December that he would retire in September 2017. The company’s board undertook a search that included candidates from both inside and outside of the company before selecting Bourque.

Under Leonard, the company grew from a line-of-credit loan operating in a single state to an organization with more than $1.2 billion in assets with licenses across the country and eight offices from Maine to Florida. It is credited with leading the turnaround in workers’ compensation in its home state of Maine, where it underwrites 66 percent of the commercial market insurance premiums and where costs have fallen by more than 50 percent. Lost-time work injuries in the state have decreased by nearly 40 percent since the company was established in 1993.

Bourque holds professional certifications in public relations and as a Workers’ Compensation Professional from AMCOMP.

Gramer spent more than a decade with Liberty Mutual Insurance in a variety of executive leadership positions, including executive vice president & chief claims officer and executive vice president of Liberty International. Most recently, Gramer was the managing director for Global Property at Solera, a global data and software provider for automotive, home ownership and digital identity management. 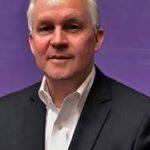 In this position, Watkins will be responsible for managing approximately 325 casualty claims examiners and will oversee primary, excess, and umbrella general liability claims for both commercial and personal lines as well as environmental, construction, construction defect, medical risk, life science, aviation, programs, agriculture and multinational claims.

Watkins brings more than 27 years of claims management experience. During the course of his career, he has served in a number of positions of increasing responsibilities, most recently serving as senior vice president of Complex Claims for Liberty Mutual’s Commercial Insurance business. He joined the company as head of its Litigation Group. Previously, he was National Claims Counsel for Allmerica (now Hanover) where he set strategy for resolution of high exposure and complex claims. He joined Allmerica as litigation counsel. Watkins began his career in private practice, joining Cooney, Scully and Dowling in Connecticut after law school and later joined Uehlein, Nason and Wall in Boston.

Watkins will be based in Basking Ridge, N.J.