Mandatory ignition interlocks, a three tier graduated driver licensing system for drivers ages 21 and below and universal motorcycle helmet laws are just a few of the suggested changes, the National Safety Council (NSC) said will help in reducing traffic fatalities.

According to a just released NSC survey drivers are still doing risky things while driving. Though 83 percent of drivers surveyed believe driving is a safety concern, several continue to speed (64%), text (47%), drive while under the influence of marijuana (13%) or drink and drive (10%). 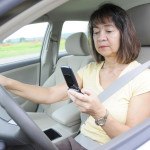 A statement released yesterday by Jonathan Adkins, executive director of the Governors Highway Safety Association, noted the three main factors that contribute to traffic deaths are still seatbelts, alcohol and speed. Distracted driving also plays a role in the rise in deaths.

“Our complacency is killing us. Americans believe there is nothing we can do to stop crashes from happening, but that isn’t true,” said NSC President and CEO Deborah A.P. Hersman. “The U.S. lags the rest of the developed world in addressing highway fatalities. We know what needs to be done; we just haven’t done it.”

During a press conference yesterday, Hersman explained the many changes that are necessary to stem the alarming increase in traffic fatalities since 2007. These include:

The NSC is calling for immediate implementation of the above life-saving measures that would set the nation on a road to zero deaths.