Many Americans face significant risks from winter weather between the months of December and February, according to Farmers Insurance Seasonal Smarts Digest. The report, released in December, analyzed customer claims data from 2013 through 2016 to uncover the major winter hazards consumers should be aware of and which states have the highest risk:

Nearly two-thirds of all claims related to frozen pipes (63%) and freezing temperatures (63%) occur between December and February. 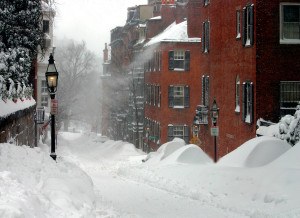 Ice damming is also a hazard to look out for this season, as 41 percent of claims related to ice dams are reported during the winter. An ice dam is a condition that generally occurs when a ridge of ice forms at the lower edge of a roof that prevents melting snow from draining properly.

Approximately 76 percent of claims related to skidding on snow or ice occur during the winter.

Vehicle theft accounts for approximately one-quarter (25%) of all comprehensive claims in the winter.