Starr Companies announced the promotion of Layla Greytok, vice president, as the leader of its newly formed Excess Casualty Division, a combination of the Excess Commercial Accounts and Excess National Accounts units. In addition, several zonal underwriting managers have been appointed to provide our broker partners and clients with local, senior-level access. These changes are effective January 1, 2017. 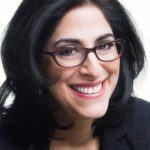 The Seibels Bruce Group, Inc., an insurance services provider of business process outsourcing (BPO) solutions, announced the appointment of Ron Giomi to vice president of Litigation and Liability Claims within the claims division of the company, Seibels Claims Solutions, Inc.

Prior to joining Seibels, he was the manager of Commercial Claims at Nationwide for over seventeen years. Giomi also has experience working for Cigna and Federated Insurance.

He holds several insurance designations including CPCU, AIC, AIM, ARP and ARe.