When Jefferson Community College was making plans to build its first residence hall, there was one must-have for President Carole McCoy: generators for backup if the power went out.

With her campus in Watertown, New York in the bulls-eye of more than 100 inches of snow each year, she knew students might get stuck. They wouldn’t be cold and hungry.

“That was a non-negotiable,” McCoy said.

For college administrators, extreme weather is yet another hazard to prepare and practice for on a list that includes infectious disease outbreaks, active shooters and technological outages. They know it’s just a matter of time before a hurricane, earthquake, tornado, wildfire or winter storm could put them in harm’s way.

“We know that it can be very devastating and certainly have the potential to kill or injure as many people as the worst active shooter situation you could imagine,” North Carolina State University Police Chief Jack Moorman said, “so making sure that we’re prepared for it is essential.” 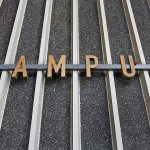 With more than 20 million students enrolled at 7,200 U.S. colleges and universities, higher education leaders say they rely on experience and expertise to think beyond the basics of food and shelter to the special challenges of academia, including keeping students and parents informed, accounting for students, both international and from this country, not easily evacuated, and continuing instruction and research.

Riding out Hurricane Matthew in her off-campus apartment in October, East Carolina University student Bobbie Jordan Thomas worried that her final semester plans were washing away with the floodwater that, before her eyes, was swallowing and destroying her beloved Toyota Corolla.

“Turned my world upside down,” Thomas said. She headed to a recovery center the university opened in the wake of the storm with her questions about the internship she’d begun and her plans to attend nursing school.

Officials monitor weather reports around the clock. Gyms and other large spaces become designated shelters with stockpiles of food, water and cots. Generators are in place to power critical services. Alerts and information are tweeted, emailed, broadcast, posted online and texted directly to cell phones through campus communication systems.

“We’re able to communicate to 65,000 different devices literally within a few minutes in the event of an emergency,” said Tony Callisto, Syracuse University’s senior vice president for safety and chief law enforcement officer.

“Expect the unexpected, basically …. Don’t think that things can’t happen,” said Donald Keith, emergency preparedness director at the University of Alabama, where a 2011 tornado just missed a direct hit but laid bare, among other details, the need for a system to accept and distribute donations of money and supplies offered by well-wishers.

Schools prepare both for quick bursts of destruction, like a tornado, or the prolonged stress caused by flooding or winter storms.

In California, campuses work to shore up 40-year-old buildings where even hanging ceiling fixtures could pose a threat in an earthquake – modern buildings are more seismically sound – while on upstate New York campuses in Syracuse and Buffalo, committees plan year-round for winter.

Down South, Katrina’s path through the Gulf Coast in 2005 damaged more than 30 colleges in Louisiana, Alabama and Mississippi and displaced 100,000 students, leading to matriculation agreements with other schools for the fall semester, according to the American Council on Education.

The goal, though, is to preserve courses, leaders say, even if it means teaching and taking them online.

“Continuing instruction and research and all those things are just as important as plowing the roads and maintaining safety,” said Jay Roorbach, senior emergency planning coordinator at the University at Buffalo.

Keith, the emergency preparedness official from Alabama, recalled the April 2011 call from the weather service to his Tuscaloosa campus emergency center telling him one of 60 tornados that would strike his state that day was likely 10 minutes away from reaching campus. With the plans activated, he and his colleagues watched the tornado on cameras as it came through the city, until it took out the power grid and the cameras went dark.

“Everything that we’d been working for and preparing for was now about to be tested,” Keith said, “and we were wondering, ‘OK, what’s going to happen?’ ”