As college campuses across the country welcome students back to school, federal and state officials vow to improve fire safety.

The statistics are troubling. The University of Colorado, Boulder reported that in 2014 there were 242 campus housing fires resulting in $3,034,000 in property damage.
In a United States Fire Administration (USFA) report on Campus Fire Fatalities between 2000-2015, 85 fatal fires were documented in dorms, fraternities, sororities and off campus housing which resulted in 118 deaths. In 58 percent of fatal campus fires, smoke alarms were missing or disconnected. Fire sprinklers were missing in all 85 fires, according to the agency’s analysis. 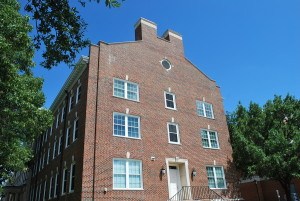 The USFA found that most fatal campus fires – 70 percent – occurred during the weekend and alcohol was a factor in 76 of the fires. The leading cause of fatal campus housing fires was smoking, followed by intentional acts and electrical and cooking issues.
Since 2005, all college-related fire deaths have occurred in off-campus housing, according to the agency’s statistics.

“New York has one of the most robust campus fire inspection programs in the country and our work to educate students about fire danger has received national recognition and helped prevent avoidable tragedies,” said Governor Cuomo. “I applaud the work that the Office of Fire Prevention and Control and local fire officials have done to keep our students and campuses safe, and encourage colleges and universities across the state to continue to take advantage of this life saving resource.”

According to the statement released by Governor Cuomo, in the last year, the state’s Office of Fire Prevention and Control has conducted 23,689 inspections at public and private colleges and universities across the state. The fire safety education days include use of the Office of Fire Prevention and Control fire safety house for smoke evacuation simulation and fire sprinkler demonstrations, as well as presentations on fire safety from college presidents, elected officials, fire chiefs, agency officials and burn victims.

Following a fatal fire at a freshman residence hall on the Seton Hall University campus in New Jersey in 2000, New York strengthened its campus fire inspection and education programs. While some states opted to retrofit campus residences with fire sprinklers to improve safety, New York passed legislation that instituted the most vigorous fire inspection program in the country and made the Office of Fire Prevention and Control responsible for inspecting all private and public colleges and universities outside of the City of New York.

Federal officials offer several resources for both on-campus and off campus housing. A new campaign by the USFA aids parents by making sure they review off-campus housing to make certain it is fire safe before signing a lease.

Princeton University inspects dorm rooms at random to make sure students comply with university rules. Boston College has minimum mandatory sanctions in place for violation of its fire safety rules.

According to Georgia’s Oxford College of Emory University, campus fire hazards include: