As senior claim representative, Greene is responsible for reviewing, processing and handling medical workers’ compensation claims as assigned by Lizzie Simmons, claims supervisor. Greene determines the compensability of the claim and extent of liability, as well as communicates directly with clients, employers, injured workers, physicians and attorneys, and manages claims in a timely and economic manner.

Previously, Greene was a senior claim examiner with Broadspire, in Atlanta, Ga. She holds adjusters licensing in several states.

A long-standing member of Willis Re’s global leadership team, Kent will retain his role as president of Willis Re North America and continue to work in New York alongside Willis Re North America CEO, Jim Bradshaw, to drive sales and growth efforts, produce business and maintain market and client relationships in the region, which has seen 50 percent market share growth over the past five years and now represents Willis Re’s largest business segment.

Kent joined Willis Re in 2004 as executive vice president, Willis Re Bermuda, bringing more than 15 years’ experience producing and placing property/casualty treaty business across both London and Bermuda.

He was appointed to the additional role of co-president, Willis Re, in August 2015. 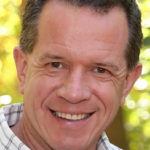 As chief claims officer, Aussicker’s focus will be to challenge status quo thinking, strengthen carrier partnerships and improve profitability, quality and best practices throughout the organization.

His focus with the Watercraft Program will be to improve service and retention within the existing client base and to develop new distribution channels to successfully increase market share.